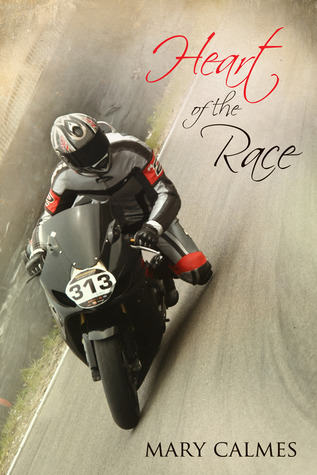 Blurb: Varro Dacien spends his life riding toward the next adventure. Brian Christie, his best friend and touchstone, the one person who’s always truly seen him, plays sidekick on these madcap adventures and subsequent trips to the hospital until he can’t take it anymore. While Brian can see Varro, Varro has never caught on that he’s breaking his best friend’s heart.

Without Varro, Brian builds himself a life that’s all about just getting by, doing his best to ignore the hole in his heart and his life. Without Brian to balance him, Varro pushes harder and takes more risks to reach that ultimate high. His job racing high-octane bikes on suicide-level courses makes it easy to get that rush… until it’s no longer enough and Varro realizes it’s not the race, but who’s waiting at the finish line that truly matters. Now he just has to convince Brian to be there.

Brian Christie and Varro Dacien grew up as foster brothers and became best friends from the moment they met. Every major milestone they went through they had each other. Unfortunately, while Varro is loving his life on the road and all the perks that comes with being a professional racer, Brian is nursing an unrequited love for Varro until he finally realizes things with Varro will never change. Now, Brian is trying to start a life on his own, away from Varro, but what’s he supposed to do when everyone seems to be giving him the guilt trip for leaving Varro?

One thing I can count on when I read a book by Mary Calmes is her characters. No matter who they are or what they do, there’s just something about them that make me love them. Heart of the Race is no different and I loved Brian and Varro and what they end up going through. Brian is a sweet, laid back kinda guy that goes along with whatever Varro wants. Varro is more loud and craves adventure, the more life threatening the better, it seems like! For Varro, though, he needs a rock to keep him steady and Brian is that rock. It’s sweet how dependent Varro is of Brian but it broke my heart that Varro never realized what he was putting Brian through.

The story is about the journey Brian has to go through before things work out. His need to put a stop to all things Varro so he can move on with his life and get over his longing for a man that will never return his feelings. The problem with that is Varro’s family and friends do everything possible to make Brian feel bad for not being there for Varro. It’s sad but the interactions between Varro and Brian were really sweet and I loved the need they both had for one another. Their lives just aren’t the same when they don’t each other to lean on.

I think my only problem with this story was how short it was. There wasn’t as much depth as I would have liked but, more than that, I would have liked to see more of how Varro and Brian are after they get together as a couple. I would have also liked to actually see how Varro’s parents took the news, instead of being told about it.

In the end, I loved the story as much as I’ve adored Mary’s other books. She has a way of writing that draws me in and makes me adore her stories, flaws and all. If you’re looking for something short and sweet with just a hint of angst, give this one a try!

One thought on “Mary Calmes Week Review: Heart of the Race”