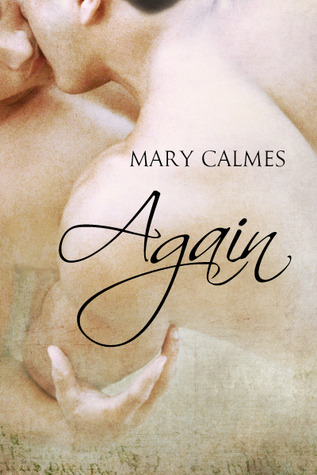 Blurb: Six years ago, Noah Wheeler went to meet his boyfriend, Dante Cerreto, at the airport, and his world ended. Dante was kissing someone else and claimed to be in love. So Noah took his heartbreak-and the sonogram pictures of their surrogate child-and closed the door on the big picture of what he thought his life would be, focusing instead on the piece of the dream he got to keep, being a father.
Now on vacation in Las Vegas, Noah accidentally runs into the Cerreto family, and then the man himself, and learns that not only was he deceived, but Dante was as well. Now Dante wants to make up for lost time, six years’ worth, and to do that he needs Noah, the only man he’s ever loved, and Grace, the daughter he didn’t know he had, to give him a chance at happiness. Dante’s going to have to take a crash course in communication and seduction, though. Noah’s not going to fall in love just to be broken again

This started out so heartbreaking; there was no working up to it, just stab me in the heart from the get go. I was suffering right alongside of Noah and hated what Dante did to him. I knew from the blurb that Dante and Noah were meant to be together, and would eventually end up together, but it was going to take some major explanations and butt kissing if that was going to appease me…and Noah.

After being married for four years, Noah and Dante were in the process of trying to have a baby. While Dante is away on assignment he has no way of knowing that their dream is realized…and doesn’t find out because he drops a bombshell on Noah, and that fast the relationship is over, the dream is over, the fairy tale is over…all before Noah can even show him the sonogram photo of their baby girl.

Noah’s pain is palpable. I was curled up on the floor crying along side of him. Dante was just so cruel and neither of us could understand why. But Noah has a new priority in his life; a baby girl that will be one hundred percent reliant on him. He must suck it up, tape his broken heart back together ,and move on …no matter bad it hurts because  he is about to be a single dad and his daughter needs him.

Six years pass and Noah and Grace have built a life together. Noah still dreams about what could have been with Dante, but he is happy with their daughter and has learned to live without him. It’s not easy to forget about Dante though because Grace looks just like him. And her looks are the exact thing brings Dante back into Noah’s life. While in Las Vegas for a friend’s wedding, Noah runs into Dante’s brother who instantly sees his brother in Grace. That’s all it take for the Cerreto clan to come a calling and Noah is thrust back into the heartbreak that began six years earlier.

Dante is a man on a mission. He never questioned why Noah wanted a divorce, but once he sees Noah again, and his daughter for the first time, he does not take no for answer when he tells Noah, in no uncertain terms, that they belong to Dante. Dante is one seriously hot alpha male and once I realized the deceit that was forced upon the both of them, I instantly forgave him. I easily saw that this man was hurting just as much as Noah and I wanted, needed them to work it out.

Noah is floored. He has finally got himself a new life, his heart on solid ground, and he is too afraid to trust in Dante. There is also the little issue of Noah’s soon-to-be boyfriend who is in Vegas as well. Even though Noah isn’t in love with him, he is safe and easy. Dante is the love of his life, but he would not survive another heartbreak involving the man. However, Dante changes his mind in a very convincing manner.

So there you have it. You know it’s a HEA with Dante and Noah and Grace.  But how they get there is quite humorous and sexy and a lot of hard work. But it’s worth it and I can’t believe I didn’t read this sooner. My only wish is that it was longer.