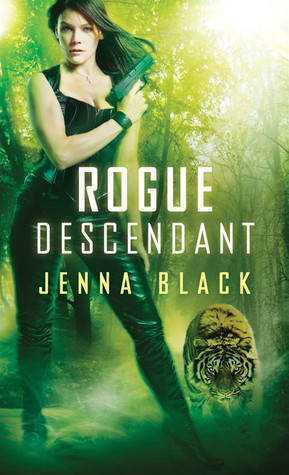 & Barnes and Noble
Add it to your shelf: Goodreads & Booklikes

Blurb: No longer the leader of the Olympians, Konstantin has now gone into hiding. Konstantin is vulnerable, and Anderson believes now is the perfect time to destroy his nemesis. He orders private eye Nikki Glass to use her powers to locate Konstantin, and she balks at the idea until a series of attacks leads her to believe that Konstantin is gunning for her and Anderson instead of remaining safely in hiding.

Nikki’s search is complicated by Cyrus—Konstantin’s son and the new leader of the Olympians—who threatens retribution should his father be killed. The complications mount up as Nikki begins to suspect that Konstantin might not be behind the attacks after all. The only person who hates Konstantin more than Anderson does is Anderson’s estranged wife, Emma, who has joined the Olympians. And Nikki knows Emma would be more than happy if Anderson and his people embroil themselves in an all-out war against the Olympians—a war they cannot hope to win.

As Nikki tries to figure out who the true enemy is, she deals with her tumultuous relationship with Jamaal, who struggles to control his death magic. But being loved by a descendant of a death goddess is the least of Nikki’s worries…

Nikki’s attempts at avoiding Anderson finally end when Anderson not-so-subtly lets her know he’s done waiting. Now she’s forced to find Konstantin, the leader of the Olympians who’s gone into hiding, because Anderson wants retribution. But Nikki has her doubts and unwilling to lead a man to his death. That is, until a series of events happen to Nikki that make her suddenly doubt Konstantin is her biggest threat. With Emma boldly threatening her and Anderson acting funny, can she really trust her own instincts?

With each book in this series, I can’t help but love Nikki Glass more and more. Some of the things she does, I don’t agree with but overall I love her indecision when it comes to everything, the way she tries to master her Huntress abilities and her conflicting feelings towards everything. At the same time, she always manages to get into situations that are very action-packed and keep me on the edge of my seat. I also like that she’s becoming more and more adjusted to her life as a Liberi and how she can stick up to Anderson when it’s necessary.

Her relationship with Anderson is definitely turning into something that makes me think that this series might turn into a love triangle or at least the love interest will no longer be noticeably Jamaal. Her feelings towards Jamaal are still strong and we learn that Jamaal has feelings just as intense. However, Jamaal is just now starting to get his death magic under control in the form of Sita, his shadow animal. Unfortunately, Sita is one fiercely possessive and jealous tiger and causes tension between Jamaal and Nikki.

While I loved the fact that there was an added conflict of Sita and the fact that Nikki and Jamaal finally make headway in their relationship, I didn’t really like the push and pull that Jamaal was doing. He desires Nikki and he obviously wants her but he’s unwilling to make any point of compromise to attempt anything with her. I love their connection but I don’t like that Nikki is the one constantly trying to take things further. Even with Sita, I can’t help but think Jamaal could find a way to have the two girls in his life get along.

As it is, I still really enjoyed this story. While it doesn’t have as much suspense and action as the previous stories, it is still fast-paced and has enough action to keep me intrigued. But, wow, can I just say the way this one ended?! HOLY SHIT! I can’t wait to read the next one in this series because there’s bound to be some serious repercussions, if the way it ended is anything to go by! Eagerly awaiting the next installment and seriously hope I won’t have to wait that long!