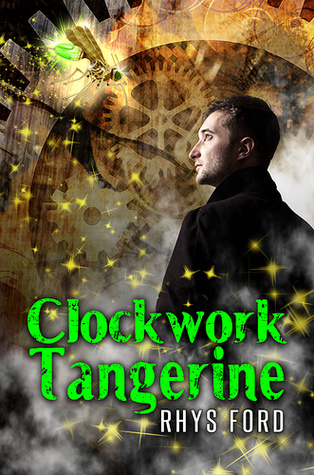 Blurb: The British Empire reigns supreme, and its young Queen Victoria has expanded her realm to St. Francisco, a bustling city of English lords and Chinese ghettos. St. Francisco is a jewel in the Empire’s crown and as deeply embroiled in the conflict between the Arcane and Science as its sister city, London—a very dark and dangerous battle.

Marcus Stenhill, Viscount of Westwood, stumbles upon that darkness when he encounters a pack of young bloods beating a man senseless. Westwood’s duty and honor demand he save the man, but he’s taken aback to discover the man is Robin Harris, a handsome young inventor indirectly responsible for the death of Marcus’s father.

Living in the shadows following a failed coup, Robin devotes his life to easing others’ pain, even though his creations are considered mechanical abominations of magicks and science. Branded a deviant and a murderer, Robin expects the viscount to run as far as he can—and is amazed when Marcus reaches for him instead.

Marcus Stenhill, Viscount of Westwood, is on his way home with tea for his grandmother when he stumbles upon a man getting beat up. Chasing off the ruffians, he has every intention of helping the man who can’t even stay conscious. What Marcus didn’t realize is the guy he saved, Robin Harris, is the very person who created the machine that killed his father. With mixed feelings, Marcus still helps Robin because it’s the right thing to do. On top of that, Marcus and Robin share an attraction that is a crime to indulge in but will they risk everything for the love that’s obviously there?

Awww, how sweet this story was! Even with how short it was, I totally fell in love with the characters. Robin is a clumsy, absent-minded genius/scientist that does what he can to help people in need of mechanical medical help. He’s had a rough life after being taken advantage of and now he’s just trying to survive in it. Marcus shows up and changes everything in Robin’s life for the better. I adored Marcus and his inability to just leave Robin after he found out who he was.

Marcus is the perfect gentleman who just wants to help Robin get healthy and whole. Not to mention he’d love to do some other naughty stuff to the awkward scientist! I loved them together and when they finally got together, it was all the more sweet because they’re perfect for one another. I want to mention that Marcus’ grandmother is a freaking hoot! That lady is all kinds of insane awesomeness. She wasn’t the classic stick-in-the-mud ton lady but had a lot of personality that supported both Marcus and Robin. I adored her so much!

I only had two big issues with this one. One, the beginning was rocky for me. I kept getting confused on what Marcus was talking about. I don’t know if it was because the words used to describe the situation of the world were outside of my vocabulary, which made it difficult to understand, or something else. Secondly, the transition between some chapters were choppy to the point when a new chapter started, I wasn’t sure how much time passed, how Marcus and Robin got to the point they were in or exactly what they’ve done between the time that passed. Although, there is a brief mention a few times on what has occurred during the passing of time, I would have liked to experience some of it.

In the end, even with my little niggles, I still really enjoyed this story. It’s a good mix of steampunk with a hint of magic. I loved that Ms. Ford had a world destroyed by the makings of such magical machinery, it was interesting to say the least! If you’re looking for something short but unique and intriguing, give this one a try because it definitely fits the bill!