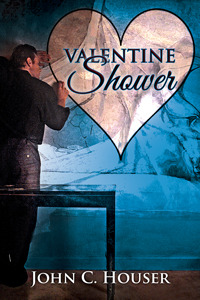 Blurb: For Reuben, numbers are everything people are not: rational, predictable, and soothing. Outside of this family, his boss, Terry, is the one person he feels connected with. In the years they’ve worked together, listening to Terry’s jokes and stories over coffee has become a reliable part of his routine. But he’s missed having family nearby since his parents retired to Florida, and figures he’ll need a woman to correct the problem. He’s hurt and confused when Terry not only refuses to help, but announces he won’t be coming around much anymore. It’s up to Reuben’s no-nonsense sister Yaffa and his therapist, Dr. Greenberg, to help him understand Terry’s feelings—and his own.

A part of the “A Valentine Rainbow” set of 14 holiday stories.

When Reuben starts yearning for a family of his own, he becomes obsessed with finding a wife who can bear him children. With the help of his boss and best friend, Terry, Reuben puts out an ad for a wife. But it seems Reuben is having the worst of luck because one thing after the other results in him getting verbally attacked and confused. When Terry finally has enough, he informs Reuben he won’t be coming around anymore and it’s the straw that breaks the camels back, pushing Reuben into a quick depression. Reuben’s still confused but with the help of his sister, Yaffa, he might just be able to make things right.

It’s not often that I truly love a story this short (only one I can think of off the top of my head) but this one really grabbed hold of me. Reuben is… well, unique to say the least. He understands numbers more than people, which means he doesn’t understand simple concepts like body language or reading between the lines when someone speaks and always takes everyone’s words literally. Terry, his boss and best friend, understands Reuben’s quirks quite well and accepts them. It was obviously that Terry has more than platonic feelings for the oblivious Reuben but, of course, Reuben couldn’t see it.

The story follows Reuben as he tries to find a wife but constantly gets into situations that leave him not only bewildered but embarrassed. It truly is not a great week for the poor guy and his only shining light is Terry’s support. Until Terry takes that away and Reuben completely falls apart. I loved seeing how much Terry’s leaving affected him. It just made me feel like there were real, genuine feelings for Terry deep down that Reuben was just too analytical to process. At least, without a certain amount of help from a pushy sister and therapist. This was a funny story but also sweet in its own way.

But, oh, MAN! This short story was so good but that ENDING! Gah! I had that panicky moment at the end when I realized THERE JUST WAS NO MORE PAGES TO READ! Even after I kept flipping forward and back, wondering if I accidentally missed a page but no 😦 It was a GREAT ending but I desperately wanted more! So, please, please, please write a sequel for these two! They deserve it!!!

Overall, a fabulous story with an entertaining main character and storyline. Now that I’ve tried Mr. Houser’s writing, I know I’ll be looking for more stories by him. Definitely recommended if you want something quick, easy but with loveable characters and some funny moments.