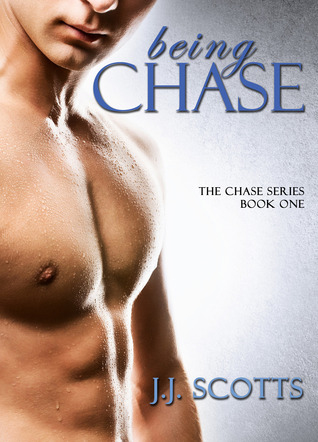 Blurb: Wouldn’t it be nice to be a celebrity?

Liam Collins is desperate for a job. Forced to jump to the big city, he can’t believe his luck when he suddenly gets an offer from a prestigious publishing company. Absolutely ecstatic, Liam doesn’t even bother reading the details. But on his first day of work, he isn’t ushered to a quaint cubicle. Instead, he’s brought to a classy high-rise and told that he’s been hired to be the face of the best-selling author, Chase Preston.

When Liam first meets Chase, he’s so captivated by the mysterious man’s imposing figure and deep-set eyes. Maybe Liam really did get lucky.

All Liam has to do is go to fan meetings and award events as a stand-in for Chase. It actually doesn’t sound bad, but Liam soon realizes that being with Chase is harder than it appears. Despite the challenges of Chase’s arrogant attitude, Liam puts up with it. What he finds difficult to put up with is Chase’s sexy body and brilliant blue eyes.

Even worse, the feeling may be mutual.

This was a very interesting start to a promising new serial.  Liam has moved to the City after becoming estranged from his family.  He’s living off savings for now so really needs to find a job.  His first interview with a publishing company is successful, and he accepts the job, though he isn’t really sure what job entails.

Turns out, they want him to be the face of their star author.  Seems like a pretty easy gig at the start, although he has a lot to learn to be able to pull it off.  Chase is the author, who is a bit mysterious and not all that friendly.  He is scarred on his face, which seems to be the main reason right now for his hiding.  Turns out that Liam must live pretty much in isolation so that they can manage his image and uphold the scam.  It still seems like too good a deal for Liam to pass up, so he gives it a go.

I found that I really wanted more details throughout this story.  I understand it is a serial, so we may learn more as we go, but I wanted to know more about Liam’s issues with his parents and maybe a better understanding as to why he was needed in the first place.  He isn’t treated very well by his employers, and things are a bit odd with Chase.  But there is the promise of some hot stuff to come, and I’m hoping more will be learned as we go.

Again, this seemed too short, as I wanted more, and just when things seem to be kicking it up a notch, it is over.  I’m definitely looking forward to seeing where this is headed and hope we don’t have to wait too long to find out.