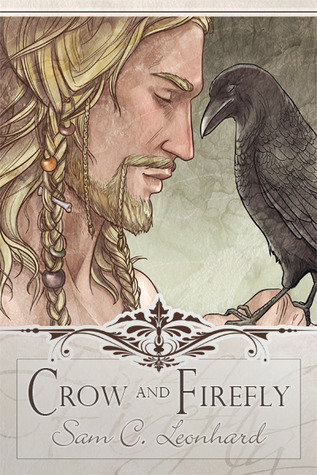 Blurb: The laws of man and nature are harsh and decisive: Unwed mothers are not allowed to raise their children, and shapehifters must wed and consummate the marriage to satisfy the magic that would otherwise render them beasts forever upon the morning of their twenty-third birthday.

With the life of his sister and newborn nephew at stake, shapeshifter Ari is trapped in a castle and compelled to accept a situation he’d dreaded: he is forced to marry Lord Dagur, a man he’s never met. A man called “The Cruel.” A man he fears, and not just because he fancies someone else.

A few days ago, I had a craving for a specific type of book. I went so far as to ask my friends of Facebook for recs regarding books that were fantasy themed with royalty. I was desperate for a fix and I was willing to even read a smutty one (although I asked for ones that weren’t too smutty) and they were all great recs… but then I came across this little gem. It fit my craving spectacularly and seemed perfect.

What I found was exactly what I wanted. Crow and Firefly tells the story of Ari, a man with two-colored eyes that identify him as a shape-shifter, and Roulfe, the huntsman he meets in a local pub… who’s not a shifter. In this world, if one is a shifter, they can only marry another who’s a shifter and they must do it before they turn twenty-three or else they’ll live their life out as an animal. In this tale, Ari is turning twenty-three in a few weeks and forced to marrying the crown prince, Dagur, if he wants to still live as a human. But will Ari be able to marry someone he’s never met who everyone calls “Dagur the Cruel” especially when he fancies Roulfe?

For such a short story, I really liked it. The world is very complicated and I liked the fact that there was such stipulations on who shifters could be with and how long they had to find their mates. It was interesting to see how much anguish that caused for some people. I really liked Ari, too. He had a sort of helplessness to him that I found endearing and sad but, at the same time, he’s very stubborn with a spine made of steel with an impulsiveness that gets him into more than a little trouble.

Unfortunately, the biggest problem with this story is that it IS so short. Not only do we not get to know Roulfe that well but the world is not properly developed enough to understand it. Also, readers should be aware that this isn’t technically a ‘love’ story. It’s a forced marriage that both parties accept and, when everything is said that needs to be said, is something both Ari and ‘Roulfe’ enjoy. So, if you’re coming into this story looking for a romance, you will be disappointed, to say the least.

In the end, however, I still really liked it. There’s a bit of a twist to it that I enjoyed immensely and it took the edge off my thirst for a fantasy with royalty in it. It’s a sweet story, though, and when all is said and done, it made me smile fondly. There’s a connection between the characters that didn’t have a chance to develop but I have no doubt it’ll be more prominent in the sequel, Crow and Crown.