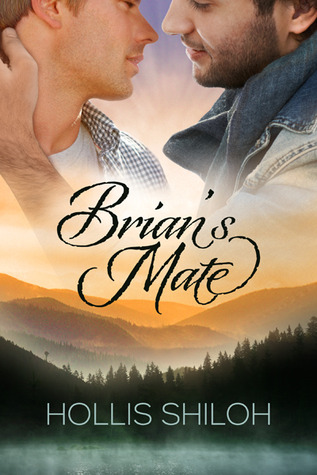 Blurb: Brian is the alpha of the least impressive pack of wolves at the whole Moon Ceremony. When a human is discovered uninvited in their midst, he bonds with the man to save his life.

Luke doesn’t know about all this wolf stuff, but he’s starting to develop feelings for the gentle man who rescued him. Both Brian and Luke expect to quietly dissolve the bond later. But feelings intervene, and some bonds are not so easy to cast aside.

Building a life together as alphas will take love and hard work—especially when new wolves keep inviting themselves into their lives.

During the Moon Ceremony, Brian, the alpha of a very small pack, had a choice. Mate with the human who was intruding on the Head Alpha’s pack land or let the human be killed. Instantly aware the human is his mate, Brian saves Luke and tries his hardest to get Luke to accept him. Luckily, after a rough start, Brian convinces Luke to stay with him. As time passes and they return home, they still have a few issues but soon enough they have bigger problems when strange wolves start showing up on their land. Before they know it, Brian’s small pack has grown so much they’re like one gigantic family. But when Luke is called away, Brian and the other wolves realize that while Luke is the only full-blooded human in the pack, he’s also the glue that keeps them together and the heart of the whole pack.

This was so sweet. Gah, I really, really adored this story. The first half is a little slow to get through. I liked it but I was waiting for something bigger to happen. As the story progressed, I enjoyed it more and just loved how Brian and Luke’s home became a shelter for abused and homeless wolves. It was sweet how Luke became so determined to take in every wolf and I liked that the wolves were so battered but grew healthy and strong.

As characters, I didn’t feel like they had enough depth to them. However, what there is I liked. Luke, at first, is terrified of everything then becomes angry and sullen at his new situation with Brian. Eventually, once the new wolves show up, he becomes a sweet, nurturing guy that everyone turns too and I really liked him as the ‘mother hen’. Brian, well, he’s a good alpha but I felt like he could have been stronger. His emotions towards Luke had him acting a little weak-willed and while I liked that he couldn’t say no to Luke’s big eyes, I didn’t necessarily like the fact that he became so needy and desperate at times. Still, I actually liked the two of them together. They’re very, very cute.

Surprisingly, I really enjoyed this story although it has quite a few issues with it. Mainly, the author tended to tell just about everything that happened in Brian’s life instead of showing it. So, 80% of the story is Brian explaining how things are developing, the new wolves that showed up, how they looked, how they acted. By doing this, I never got to get to know any of the characters so I could never get a connection to any one of them. Secondly, this story could have used another round of edits. I kept noticing typos, grammar issues, even name switches and a few inconsistencies. Most of all, though, I had a ton of questions about everything throughout the story that just were never answered. Why these people headed in Brian’s direction, how they got to Brian’s place, why Brian didn’t get in trouble with Farn, how everything in the shifter world worked, etc.

One thing readers should be aware of, this is an insta-love story. Within a day, Brian and Luke declare their love for each other. I don’t have issues with insta-love, although I will admit that I was a little bemused by how these two were in love so quickly considering Luke was cowering in fear for most of the day they spent together but I suppose a little bit a sex cures all, eh? 😉

Overall, this was a good story. It had a lot of potential that, unfortunately, it didn’t live up to (mostly just because of the telling) but what there is of the story is sweet. A little too sweet at times but I won’t deny that I enjoyed it. As the new wolves kept showing up, I couldn’t help but feel my little smile grow bit by bit. It was all just so cute! I wouldn’t be opposed to seeing one of the new gay wolves find their mates and HEAs either!

So, if you’re like me and enjoy a bit of shifter fluff, you’ll like this one as well.