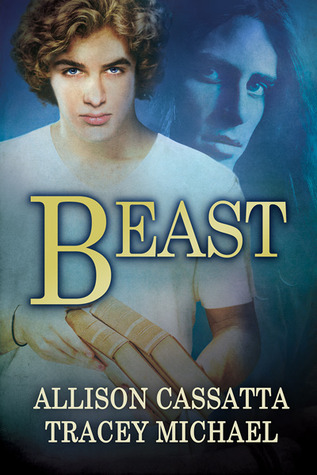 Blurb: Ara Costas has it all—riches, power, and the kind of beauty that attracts all the right people. He’s flying high and loves his life, until a serious car accident leaves him horribly scarred. Ara becomes an angry recluse, hiding away in his Chicago high-rise apartment, running his multimillion-dollar business from behind a computer screen.

Ilias Adams is a quiet farm boy who keeps his nose buried in books. A great education and stellar resume land him a job as Ara’s assistant and liaison to the board of directors. Little did he know when he signed up for this dream job that he’d end up working for the world’s moodiest, most uptight boss.

Ilias is scared of Ara at times, but he recognizes the challenge he faces when he meets Ara and sees the reason for the man’s anger. Ara is guarded and suspicious, since he can’t believe anyone can bear to look at him. Despite all this, Ilias is determined to turn the beast into a beauty again, at least on the inside, and tear down the walls Ara has so carefully constructed around him.

Ara Costas is not a nice person. Filled with arrogance and selfishness, he’s living the life of the rich and famous until he’s in a dangerous car accident that leaves him disfigured. Scarred and disgusted with himself, he became so reclusive he refused to leave his apartment for anything beyond more surgeries. That is until he hires Ilias as his assistant. Ilias brings out feelings in Ara that he never knew he had. After all, he’s a horrible, superficial person that doesn’t believe in love. Ilias sees something in Ara, though, that makes him want to pursue whatever it is between them but will Ara let Ilias get close? Or will he ruin anything between them before they even get started?

I will freely admit that Beauty and the Beast has always been my favorite fairy tale. This story is a shoo-in for that tale where Ilias is the beauty and Ara is the beast. In this case, Ilias is the perfect one while Ara is scarred and ashamed of his appearance, going so far as to hide in the shadows. Ilias is a sweet, caring person who just wants to help Ara and show him that there’s more to life than what others think and that even with his scars, Ara is still beautiful. Ara, however, is surly and rude. He keeps his distance from Ilias and does everything he can at first to put Ilias off. They are very sweet together once they get over their rocky start.

I had a few issues with this story, though. At first, it was hard for me to get into the book and I think that was because the merging of two distinct writing styles wasn’t a smooth transition. Although, once I got used to it, I was able to overlook that. Another issue I had was that Ara and Ilias’ dialogue at times was very awkward and I felt like there were a lot of repetitiveness to what they were saying, doing and thinking. Beyond that, and this isn’t really an issue, is that in the beginning, Ilias job description is for ‘CEO’ of Ara’s company and I couldn’t really understand that because he acted like an assistant and who would hire a CEO that young who has no experience? BUT looking at the blurb, I realize that Ilias IS an assistant so I think I might have missed that distinction in the text.

Nevertheless, I still liked the story. While I couldn’t get into it at first, once I put it aside for a little bit and got back to it is when I really got into the story. It’s sweet, light and fun at times. It also tells the classic fairy tale of Beauty and the Beast where Ilias, the Beauty, tries to save Ara, the Beast, from his own hatred and make him realize he’s still beautiful, scars and all. For those who like a very sweet romance about loving yourself and accepting love, you’ll like this one as well 🙂