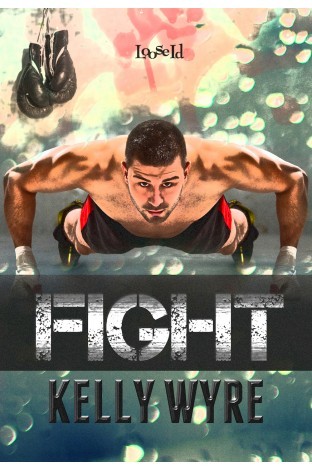 Blurb: To Nathan Hunt, honesty is anything but the best policy. Telling the truth has gotten him nothing but heartache and pain; so lying about who he is and what he wants seems to be the only path to job security and friends. Hell, it even brings him a hollow kind of happiness.

Except, that’s not much of a life for any man. Especially one with Nathan’s passions. Desperate to cure his self-made misery, Nathan agrees to go along with a con that will score cash for Nathan to start over. There’s just one problem: lying is getting harder by the day. And a con who can’t lie, is a con who gets caught.

Nathan’s attempts to distract himself from his moral quandary lead him to a mysterious, intoxicating man named Fury. The Mixed Martial Arts fighter knows a thing or two about lies and pasts better left buried. He and Nathan have something else in common – they both want to be with someone who lets them be themselves.

Together, they undertake a journey that proves honesty is more dangerous and more difficult than either of them could have imagined. And as they combat addiction, thugs, guns, and their own inner demons, Nathan and Fury can only hope that their battle to be together will be worth the bitter fight.

Wow, this turned out to be quite different than what I was expecting.  From reading the blurb, I had it in my mind that it was going to be a certain way, and kept waiting for that to happen.  This started out a little slow for me pretty much until you really get a feel for what’s going on with Nathan.

He clearly has some major issues, but I certainly wasn’t prepared for what was really going on.  He is engaged to be married to his boss’ daughter, though he struggles with upholding the façade of being straight.  At first, it seems he is fighting himself and the whole actually being gay deal, but as the story progresses, we find that really doesn’t seem to be the case at all.  As I said, the beginning was slow, just about until more details are given about the actual scam going on, of which Nathan plays a huge role.

In the middle of this, Nathan meets Fury, a fighter and all-around rough and tough dude.  But, he is not what he seems either, in that he is a really sweet, good hearted guy.  When these guys actually give in to their attraction, this story took off for me, as this became the focus.  Nathan really comes into himself through his relationship with Fury, and I loved watching him transform.  Fury is not without his own issues, however, and eventually, they each must address them in order to be together.  I really loved Fury, and especially Nathan and Fury together.  There is so much emotion and chemistry between them, and I was really hoping they could make things work.

This was very well written.  It is a bit edgy at times, mostly in the beginning when Nathan is really fighting his demons, but I loved the gritty feel and loved how vivid the scenes were.  I had no trouble picturing anything happening and felt like I was right there with them.  Nathan struggled so much with everything, from hiding his sexuality to lying about the marriage.  I so wanted him to be at the point where everything worked out in his favor and he was able to really enjoy what he had with Fury.  These guys have various issues, but when they work through them and are together, they are hot stuff.  I’m highly recommending this to those who want a little something different with a tiny bit of mystery and intrigue, hot sex and sensual/emotional loving.