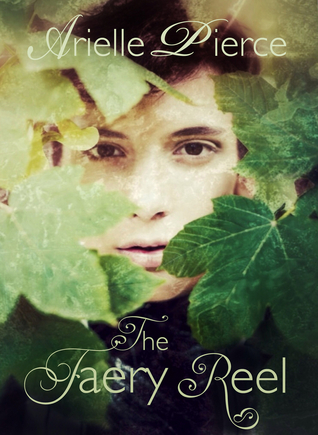 That’s what Osian tells himself. So what if the stranger in the pub, the one that glows in the darkened room, has a beauty that is otherworldly. And that the man is watching him with eyes that promise trouble. So what if the music that drifts across the moor sounds like nothing he’s ever heard. So what if it’s the night of the summer solstice, the night when the veil between the human world and the faery world is whisper thin.

Osian is not a believer. Not until he is kidnapped by Conall and taken to the world of the fey. In the Otherworld, Osian is offered something he’s never had: the love of another man. But this love comes at the cruelest price. For in order to stay with Conall, Osian must give up his home, his friends, and his family.

But there is a way out—if he chooses. It involves letting himself go, allowing himself to trust Conall, and finding the true meaning of his name.

Can Osian trust Conall enough to risk it all? It’s a dangerous game he plays, but the prize—love—may be worth the risk of losing it all.

Osian is a snotty violinist who looks down on fiddlers. On the night of the summer solstice, he’s dragged to a pub by his best friend, Jo, but on their way home they come across a group of Sídhe who just so happen to be waiting for Osian, who’s managed to capture the eyes and ears of Conall. Without Osian’s consent, Conall sweeps him away to the faery realm where Osian is anything but happy. Some hot sex and a good time is great but it’s not enough for Osian to want to leave home for good. Just what will Osian do to go back home but the biggest question is, does Osian actually want to go home?

When you first meet Osian, he is a big snob who believes fiddlers aren’t really musicians. In fact, he has some very big opinions on what actually qualifies as music. His snobbery was a little grating at first, especially with his constant digs at Americans, but as the story progressed, he became less snotty and more likable. His confusion and the struggle he had with what he really wanted made him more endearing. I really liked Conall, although there isn’t much depth to his character. He’s pretty much a giant but very gentle and caring with Osian. It was sweet how much Osian’s opinion mattered to him but I loved how smug and cocky he was with Osian at times. It was hilarious to see how defensive and snappy Osian would get towards Conall whenever he had a smug smile on him.

While I really enjoyed this book, I found I had a few issues with it. One of which was the Welsh language (I think it was Welsh) that Osian kept using but was never translated for the reader (cwtch & gog, for example). Besides that, for such a short story, there was a little too much smut for my tastes. I felt like whenever Osian and Conall should have talked, they ended up having sex instead. There was also the ending that I felt was a little confusing. It’s an HEA but it wasn’t too clear to me what will happen next, only the assumption of what will happen but that’s up to interpretation.

All in all, a pretty good story featuring a smart-mouthed Welsh boy and a smug (but tall!) faery. The writing is intriguing and Osian’s desperate desire to go home mixed with his lust for Conall makes for a delightfully interesting story. If you like reading about the Sídhe and some hot sex, definitely give this one a try!