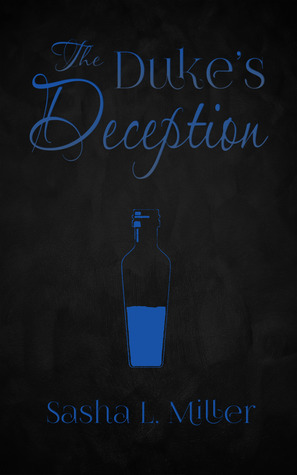 Blurb: All Larkin wants is to be left in peace, live a life free of lies and deceit. But agreements have been made and he must see them through if he ever hopes to achieve his goals. But between nefarious dealings, dangerous encounters, and one stubbornly determined prince, the obstacles may ultimately prove insurmountable …

This was a nice little story about Larkin, who has a boat load of secrets and lies. He’s trying to pay off his father’s debts, which puts him in a position that is both dangerous and secretive. Unfortunately for him, he’s captured the attention of Prince Garnett, who only wants to know the truth but will Larkin be able to tell him everything before he ceases to be useful to some very deadly people?

Even though this was a very short story, there was something about it that held my attention. I wished desperately for it to be longer, more in-depth but, unfortunately it’s not. That’s its biggest flaw. Because of the length, we only get snippets of who Larkin is and what he’s being forced to do. On top of that, I found the world interesting but lacked the depth to really understand it.

So, while I liked the characters – Larkin just wants to live in peace and be done with all this mess while Garnett yearns for Larkin and refuses to be just pushed aside – we don’t really know them and only have a passing idea of their feelings for one another.

In the end, I really liked the story but I find myself being curious about everything to the point I’m bursting with questions in not only the characters but what exactly Larkin was into and how it all got resolved. I would love to have a sequel to answer all those questions but even more just to see Larkin and Garnett actually develop their relationship. Readers should be warned that while there is a romantic love interest, this isn’t a love story but more about Larkin dealing with his issues before he can allow himself to even be with Garnett.