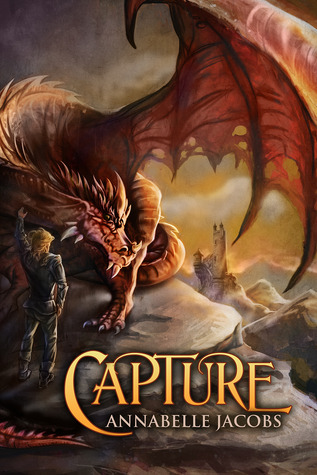 Blurb: Over two hundred years ago, when dragons were hunted for their blood, the King of Torsere offered them sanctuary. In return, the dragons bestowed a magical gift on the King’s people, allowing those born with the mark to become dragon riders and forge a mental connection between dragon and rider.

King Ryneq of Torsere is undeniably attracted to Nykin, a young dragon rider. Ryneq’s sister, Cerylea, encourages him to pursue the relationship. But with the stresses of ruling Torsere, a romantic attachment is low on Ryneq’s list of priorities. Nykin admires the king from afar, but wants more than to warm his bed for a night or two.

Torsere remains under threat from the lowland armies of Rodeth and Athisi. To protect their kingdom, Ryneq and Cerylea intend to form an alliance with the elves through Cerylea’s marriage to elf prince Morkryn. On the road to the wedding, the lowland army attacks the party. Cerylea escapes, but Ryneq is captured and taken to the impenetrable Risvery Castle. In the aftermath, Nykin volunteers for a perilous mission, endangering the lives of him and his dragon. The odds are against him, but Nykin will risk everything for his duty and his king.

As the King of Torsere, Ryneq can have anyone he wanted but not for more than a night or two. He has responsibilities towards his people and no where in that includes having a lover, even if he does harbor some intense feelings for a certain dragon rider because nothing could ever come of it. Nykin is one of the King’s elite dragon riders that has a special bond with the dragon, Fimor, but his desire to have Ryneq is almost as strong. When the time comes for Ryneq to escort his sister safely to the city of Alel, he’s expecting an ambush but with his dragons, he hopes he can still get his sister to her betrothed. Unfortunately, things don’t go as planned when his enemies end up injuring and kidnapping Ryneq during the ambush. Desperate to rescue his King, Nykin volunteers to breach the fortress Ryneq’s being held at even if it means sacrifice himself to save the man he’s starting to love.

I LOVED this book. It hit more than just a few of my buttons. It’s a fantasy, there’s dragons, there’s royalty, there’s kidnapping, there’s not a lot of sex (sorry, guys!) and most of all, there’s sexual tension (enough for me at least :P). The world pulled me in from the beginning and I loved being able to explore the dragons and their bonds with their riders. I also loved that the world had human enemies and elven allies because it made for some interesting discoveries all around.

The characters are a real treat, though. Nykin is the young brash dragon rider, who’s quick to offer his help without really thinking about how it’ll affect others (like his dragon). Ryneq is calmer, more serious but he’s drawn to Nykin and his constant blushing. It’s adorable, to be honest. One thing that I loved was Ryneq’s jealousy when a few elves were flirting with Nykin. While Nykin and Ryneq weren’t lovers, the attraction between them is obvious to everyone (except each other) so Ryneq’s reactions to others’ attentions on Nykin were amusing to say the least. When they finally get together, it was worth the wait. I just wished we were able to see more of them getting to know each other passed what was on the surface, so to speak.

While I loved this story, I did feel like at the end, we missed out on a few more scenes and instead were just told about them. For example, when Nykin woke up and Ryneq tells him how much he’s had to do at the castle, the discussion about appointing Nykin King’s Consort, etc. I would have liked to see some of that happening.

In the end, I really enjoyed this story. It’s intense at times and has some good tension between Nykin and Ryneq, especially with Ryneq’s jealousy. I also loved that it had some good suspense and action not to mention the world was very intriguing. I can’t wait to read the sequel, Union, because I’m really looking forward to exploring more of the bond between Ryneq and Nykin.