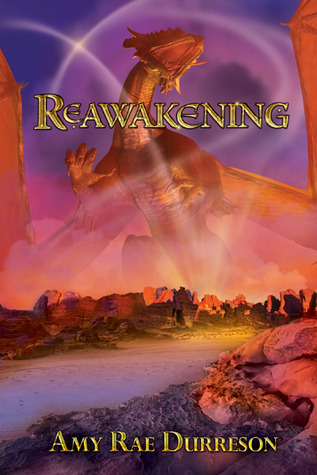 Blurb: For a thousand years, since their defeat of the Shadow at Eyr, the dragons have slept under the mountains. Now their king, Tarnamell, has woken. Driven mad by loneliness, he hurls himself south until he finds and tries to claim the Alagard Desert. Unfortunately, the desert already has a guardian spirit, and he doesn’t want to share. Amused by the cocky little desert spirit, Tarn retreats, planning to return in human form.

When his caravan enters the desert, however, Alagard is missing. Rumors fly of a dark power, and soon Tarn’s caravan encounters the living dead and an amnesiac mage called Gard.

Forced to take refuge in the Court of the Shells, a legendary fortress in the heart of the desert, Tarn, Gard, and their allies decide to seek out the Shadow before it destroys the desert. But to confront the Shadow, Tarn needs to gather his strength. A dragon’s power depends on the love and loyalty of his human hoard, but Tarn’s original hoard has been dead for centuries. Before he can face his most ancient enemy, he must win the trust of new followers and the heart of a cynical desert spirit.

It should come as no surprise that I adored this book. In fact, I loved it so much that I read it until the wee hours of the morning just to finish it and woke up with a book hangover the next day but IT WAS TOTALLY WORTH IT!

This is the story of Tarnamell, the dragon king (and firstborn dragon), who’s woken up centuries after he went into a healing sleep. Upon awakening, he’s consumed by loneliness and in his flight to understand what has happened, he lands in the desert where he’s pissed off a desert spirit for trying to steal his home. Drawn to the desert spirit, Tarn agrees to leave but promises to return. Months later, he finally makes it back to the desert in his human form only to find out the feisty spirit no longer there but the desert is filled with anguish and fear instead… along with other creatures created by the Shadow, Tarn’s long-standing enemy. With the help of his caravan and the arrival of Gard, a man with no memory, Tarn must do everything he can to keep his new hoard safe, even if they don’t wish to be under his protection, but most of all, he must do what he can to finally defeat the Shadow.

Okay, so that little recap does not do the book justice so don’t let it turn you off! If you love fantasy, this book will draw you in. It’s filled with different creatures – dragons, mages, spirits, zombies – and does a pretty good job of blending them into a story without it being weird that dragons would be fighting zombies. It’s a fun story with humor, suspense, some shocking moments and hot sex! I cannot say how much I am in love with this book because it managed to be exactly what I wanted without even realizing it.

There are a lot of characters but the focal point is on Tarn and Gard. Where Tarn is the all powerful but arrogant dragon, Gard is feisty, passionate and flirty. He sees Tarn and has no issues with taking what he wants. Unfortunately, that is not all Gard is and when he regains his memories, he realizes who Tarn is and is way beyond furious with him. Even when he wanted to hate Tarn, though, Gard couldn’t seem to resist him. The connection between them is potent but there’s a lot of tension (good and bad) that makes their relationship difficult and complicated. I loved that Gard refused to be owned but I was also sad that he wasn’t understanding what Tarn meant by wanting him to be  the heart of his human hoard. There’s just so much to their relationship that it’s hard to describe without giving everything away.

The plot revolves around Tarn returning to the desert and its spirit but when he arrives, he finds an old enemy instead, who has the spirit enslaved. Long story short, it’s about Tarn and his hoard finding ways to defeat the enemy and, in the process, uncovering a sanctuary that not very many people know about in the desert. At the same time, they must combat against zombies that the Shadow are ruling, the Shadow’s followers, and the anguish that the desert gives off in the form of sandstorms. I don’t want to seem like I’m gushing but it’s a story with a lot of layers, a lot of problems, and the attempt at resolving those problems. It’s a little sad at times but for the most part, it’s a fun story with humor and sarcasm. One of my favorite quotes from the book was:

“Fear not,” Gard told her, smile quirking up. “At the worst, we can all climb onto Tarn’s back and he can fly us home. I think he’d make a very fetching pack mule.”

“Tie them down,” Gard suggested. “Where’s your creativity, lizard man?”

Tarn narrowed his eyes. “Some of them vomit.”

Gard patted him on the shoulder. “It’s hard to be a hero, isn’t it?”

If I did have any complaints it was that the ending, that showed the definitions for certain words, places and people was written in a way that gave away much of what will probably happen in the future stories in this series. At the same time, it made me yearn for Arden’s story because with the way Tarn was explaining the other dragons, they would never wake… but the ‘handbook of terms’ at the end led me to believe that he does eventually and having his story will be AWESOME! I CAN’T WAIT!

All in all, this was a phenomenal fantasy novel about a lonely dragon looking for a new home filled with love and loyalty and his attempted courtship of a desert spirit. The world is fascinating and I liked how there were so many secondary characters but it never felt overwhelming or excessive. In fact, I felt like I knew them even though they weren’t given much focus in the story. If you’re a fantasy lover like me and you love some good suspense and adventure to you story with a bit of romance, definitely give this one a try. I’m so glad I finally read it and really hope the sequel comes out in the near future!