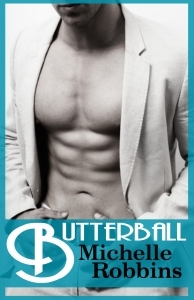 Blurb: For Travis, it’s business as usual at Wentwood Investments,, other than the annoying task of finding a new account manager for his expanding office. Everything changes, however, the moment Jeremy Roberson walks into the room for an interview. The cuddly butterball is everything Travis likes in a partner, except for The Closet locked around the man.

Jeremy’s worn a mask for so long he isn’t sure who he is anymore. Every lie of his life has somehow become the truth, and yet those lies never hold. Desperation and despair have been his roommates, especially since the moment he’d hurt someone else in his attempt to deny his truth.

But Travis has other ideas for them, beautiful, wonderful moments and promises for tomorrow. All Jeremy needs to do is take that all important step and find the strength to finally come out.

Not much fun, sure, but Travis might be able to help. He has kicked down a few closet walls in his past also. And if he’s going to find paradise with Jeremy, it appears he has to kick down those walls again.

A fast paced novella involving two stock market geniuses; but only one who survived the recession unscathed. Travis is sitting on top of the world with his investment firm soaring, while Jeremy lost it all and is in threat of foreclosure. Two very similar men, but with two very different outcomes.

Travis is also a strong and buff hottie, out and proud, and it seems everything he touches turns to gold. But he wasn’t always this way. He was abused as a child and taken under the wings of a ballet teacher and boxing coach, both of whom taught him how to protect himself. Since then he takes crap off no one.

Jeremy is, as the title so aptly points out, a cuddly butterball. He considers himself fat, bald and pushing 50…with nothing to show for it, so in his battered mind, he is also a complete failure. Jeremy was also abused as a child by his stepfather. An evil man whose powerful but hateful words caused Jeremy to hate himself, and to deny his sexuality. Until Travis. Travis might be worth opening that door…maybe, if he can convince himself that there is nothing wrong with being true to himself.

Travis and Jeremy meet during an interview and the sparks fly. Travis doesn’t mince words and Jeremy is definitely buying what he’s selling. They play the nasty at work and have to deal with the repercussions. One of which is Travis’s best friend who wanted Travis to pull the man out of the closet before he hurt another woman.

Now here is where I had a little trouble. I can see where a friend would be concerned with another friend’s private life, but seriously, it was none of her business to tell it to Travis or cause Jeremy problems. They weren’t in love, they weren’t married, they were Dom/Sub and she was the Dom, so if this woman didn’t guess that Jeremy was gay after she used a strap on, forced him to suck other guys, and he didn’t like her “smell”, than that is all on her and her pee wee brain. End Rant.

So yeah, this was an short and easy read if you like bossy females “besties”, closeted over 40 men, and a jiggly, rolly-polly man eating cookies in bed. It was not my favorite kind of plot or characterization but it was enjoyable…even though I could have done without the fatty visuals.

One thought on “Book Review: Butterball by Michelle Robbins”