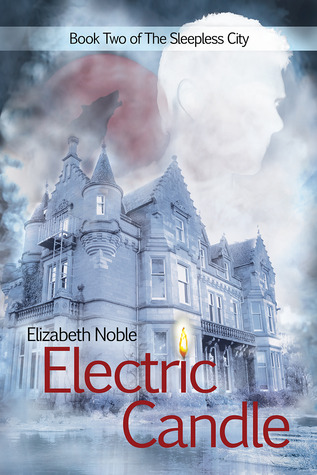 Blurb: When a vampire finds his soul mate, the bond is forever. It’s love at first sight. Or is it? Flint, Ohio, Homicide Detective Jonas Forge has been a vampire for nearly two hundred years. He’s fought wars, seen life go from the simple but hard colonial days to the modern, high-tech world. He’s evolved with the times, adapting with each new era, blending into each new life. The one constant is his best friend and lover, Declan. Until Forge’s soul mate tumbles, literally, into his life. Even though they’re not fated to be together forever, Forge and Declan are perfectly happy. Despite the pheromone attracting him to his soul mate, Forge isn’t thrilled with the guy, and the feeling seems mutual. While trying to adjust to his clumsy soul mate and equally awkward feelings, Forge is on the hunt for the serial killer who’s leaving a trail of bodies, and who witnesses can’t identify. But Forge better watch out. When his work collides with his love life, things really heat up.

After being a vampire for a few centuries, Forge is more than happy with his life and doesn’t expect, or want, to find his soul mate. So, when he’s investigating a string of murders, the last thing he expects is to follow a stranger and end up saving his soul mate… who just happens to be another vampire and a man he’s known for years but never met. Blair had no idea soul mates existed and not exactly sure how to handle the news, especially when Forge’s behavior ranges from hostile to charming in the blink of an eye. When Blair learns why Forge is fighting the mating so much, he’s devastated but with a little pep talk from friends, he’s willing to give whatever he has with Forge a try. But when the creature that’s causing the murders sets his sights on Blair, will Forge be able to accept what Blair means to him before it’s too late?

OMG, I loved these guys. I will freely admit that I was a little nervous when I decided to read this book because love triangles aren’t my favorite thing to read. I was afraid that Declan would be more in the picture and completely screw up any possibility of Forge and Blair getting together or that there would be a lot of resentment and jealousy from Declan. THANKFULLY, that was not the case. I actually really loved how this book played out. Forge is charming and funny at times but he’s also confused and struggling with his feelings. Blair is just ADORABLE. He’s awkward and kinda lives in his own graphic novel, so a lot of his… err, questions and comments had a superhero reference or underlying meaning to them. But he’s just so sweet and I loved that he was kinda geeky. Forge and Blair are opposites but they complete each other and where one lacks something , the other makes up for that. I JUST LOVED IT!

For those wondering, yes, this book is second in a series and written by a different author, HOWEVER, don’t mistake that to mean it’s a standalone because not only do you meet Blair in the first book but you also start to see what the boys are dealing with. In this one, however, there is a different villain that they are chasing after. A demon entity that is killing men and dumping them in, more or less, public areas. It’s up to Forge, with Lucas’ and Blair’s help, to find the culprit (of course Ben and Simon help a bit too!). I liked that we got to see more of the paranormal world around Flint and see that some humans that aren’t mated to vampires know that vamps and werewolves are real. I also loved that we got to see more of Lucas this time around because I feel like I know him much better now (can’t wait for his story!). But, more than anything, I liked that there was such a struggle for Forge and Blair to come to terms with their relationship. They had a lot to work through and a lot of internal conflict that was blocking their ability to really embrace their bond so I loved being able to explore that while still getting some suspense and action from seeing the mystery unfold.

My only issue with this one (and it’s a small one because I really loved the book) was that there were a few times when the characters would do or say something that hinted at something more about to happen or surrounding that issue. Such as why Blair ripped certain pages from a journal out and what that had to do with Forge or why Blair was advised not to call Forge by his first name, Jonas, but Declan was able to. There were one or two other incidents like that where I thought something more would be elaborated on the issue but nothing did. It was a little perplexing but I’m hoping that those little things will become clear in future books.

In the end, this was a lovely story and a great addition to the series. I’m glad I read it despite my fears of what may have happened. I loved the characters, especially getting to see Ben and Simon again, but also getting to know more of Blair and Forge and meeting Declan. The mystery in this one isn’t resolved just yet but I’m guessing the next one will have more than a few surprises in store for us. Definitely looking forward to it!

*I received a copy of this book from the author & publisher in return for a fair and honest review.*