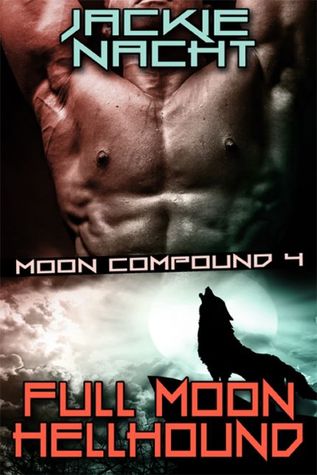 Blurb: Feeling emotions for the first time, this hellhound must let go of his hate to learn to love.

An Omega at Moon Compound, Oren’s life was irrevocably altered after being bitten by a hellhound. When the hellhound returns after saving Oren’s friends, Oren can’t forgive the enemy who mated the two of them that one fateful day.

Daegal is forever changed. As a hellhound, he never felt any emotions except hate until he bit a wolf on the day the horde attacked. Now giving up everything to see Oren again, he finds himself at the mercy of his enemies. Will he be able to let go of the hate to learn about love, or will he forever be lost to the shadows?

Authors note: This may be read as a standalone book however for better reading enjoyment, it is adviced to read the series in order. Thank you.

Months after the captured wolves are saved from their weeks in captivity, they’re back at the Moon Compound with Daegal locked up and Oren, the omega who was bitten and turned sick in Full Moon Feral, is starting to feel better now that his hellhound mate is within the same facility. Fortunately for Daegal, his life is better now that he’s not a slave to the other hellhounds but he’s far from free and, in some cases, worse off than before since his newly awakened soul comes out whenever Oren is near. For Oren, he dreads his need to touch the hellhound and makes his feelings loudly known… until he gets hit upside the head with the realization that Daegal risked his own life to save the wolves but even more than that is Daegal’s willingness to teach the wolves how to fight other hellhounds. Can Oren and Daegal get past their feelings of enemies and become stronger together before another ambush makes the decision for them?

One thing I loved about this book is that we finally got to see a little of what a hellhound is and where they came from. I’m still a little confused on how they came into existence but with Daegal’s nightmares, you get a glimpse of what he’s been through at the hands of the other hellhounds. You also surprisingly learn that there are different factions and levels of the hellhounds. It broke my heart seeing what Daegal had to go through but also because of his new consciousness of what he’s done, and the guilt he now has for some of the actions he’s done, makes his recovery a bit brutal. Oren, at first, hates Daegal very much. He’s unwilling to see anything good about Daegal until several people drill into him that Daegal’s different from other hellhounds. I loved that there were several wolves that stuck up for Daegal and were willing to defend him. Oren and Daegal together are sweet and I adore the fact that Daegal has changed in more ways than one and that a new form of hellhound/wolf has been made. It was also great to see how all the previously captured wolves are doing and really hope we’ll get each of their stories soon!

I really enjoyed this one, especially because it dealt with a hellhound uncovering his soul and how that’s torture in itself. However, I still had a few niggles. Mainly, as with the others, I desperately wished it had been longer. I would have liked to explore more of the hellhounds and Oren’s past. Plus, I felt like Oren’s transformation from hating Daegal to liking him was very quick so I think a longer story would have been able to show his changing feelings slower.

In the end, I really liked the story. This series holds a lot of differing elements to it that make it fresher than the typical shifter story. The characters, while the normal alpha/omega pairing (for the most part), have some interesting developments that make it unique. I’m looking forward to seeing where the series is heading especially because the last chapter or so showed who the Elders really are and now I desperately want to see what happens next!