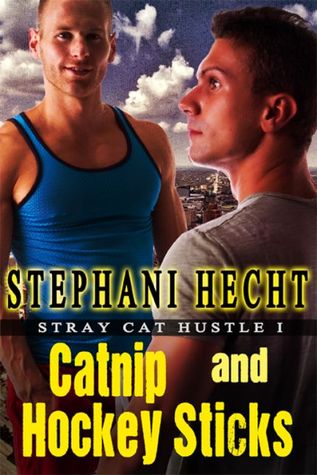 Blurb: The most painful thing of all is to have what you want the most to be within you grasp, yet you are forbidden to touch it.

When the council names Hansen the Alpha of his Stray pack of Cat shifters, at first he is reluctant. His father, the former Alpha, hadn’t exactly been a good example, so Hansen feels as if he doesn’t have a clue. But to his surprise, he finds that he is actually good at the job, and he soon has a thriving pack. One of Hansen’s steadfast rules is that he never favors one member of the pack over the other. They are all treated as equals, and that plan works out perfectly, until Hansen finds a homeless runt who needs a home. One who is sexy, alluring and draws Hansen in—Nevel.

Nevel didn’t even know he was a Cat shifter until he first transformed into his animal form. Kicked out of his home, he drifts around until Hansen takes him home and gives him sanctuary. Before long, Nevel finds himself in love with the Alpha, but no matter how hard Nevel, tries Hansen won’t give Nevel the time of day.

Will Hansen ever take Nevel as his mate? Or will Nevel be destined to live the rest of his days with a broken heart?

Hansen may be the Alpha of his Stray pack but he’s promised himself he will never mate. But when Hansen realizes Nevel’s left the house again without taking anyone with him, he becomes angry and frantic. It only gets worse when Hansen goes after him only to find Nevel surrounded by an enemy pack. But Nevel’s reaction to Hansen makes Hansen rethink his stance on never taking a mate.

This was a very cute one. I love that this series is about house cat shifters, you definitely don’t see many of those out there. I also liked the fact that Nevel didn’t learn about being a cat shifter until he finally shifted, although it was sad that he was disowned because of that. I also liked that Hansen had such a sad history as well and how that shaped him into not wanting to take a mate. As a couple, I really liked Nevel and Hansen together.

I liked this one but I couldn’t help but feel like it was eerily similar to An Owl Surfaces when it came to Hansen not wanting to claim Nevel because Hansen was the leader. Add to that, both stories had where EVERYONE knew about Hansen and Nevel’s desire for each other and those two were just the last to discover it. It was cute but wished it had been more original.

In the end, a cute, short story about house cat shifters. As a start to a new series, it’s a good one and I’ll be looking forward to seeing which ‘stray cat’ gets his story next 😉