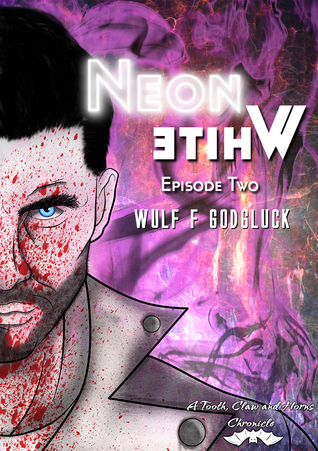 Blurb: Raven White is finding it very difficult to forget Chetlér – the demon has had a profound effect on him. But the daily grind goes on, bringing with it a new partner, an invitation to the Winter Ball, and an attempt on Raven’s life.

No one attending the Ball could have foreseen how it would end – in blood and death.

Raven’s life was so simple but now he’s being rejected by Chetlér, a dangerous demon, and acquiring a new work partner. Annnnnnnd, that’s all the info I’m going to give on this book because I feel like anymore than that and it’ll give away some spoilers. Which I DON’T want to do because the whole appeal out of this book is experiencing all the shocking moments.

With this new episode, though, we learn a lot about Chetlér and his feelings, which I really adored because he’s such an intriguing character. We also see Raven struggle with his feelings for Chetlér and how he was rejected. It’s hard to explain this one, though, because there’s just soooo much to it and it’s all so very.. crazy. But it’s also intriguing and kept me on the edge of my seat. It ends with a bang that’s REALLY shocking!

I’m really loving this series but I thought this episode was too ‘busy’ for how short it was. I really like how intense the serial is but this one didn’t give enough attention to each problem to really do it justice, IMO. Beyond that, I was really peeved when it ended on a cliffhanger! LOL. I always have issues with serials because I feel like each segment should be standalones with a majority of it having conclusions otherwise the serial should be all one story. Unfortunately, this one didn’t really have any conclusions 😦

Overall, this was still an awesome addition to the series. I’m absolutely loving the different aspects of it and how Chetlér’s made Raven the center of everything. I’m really looking forward to seeing how things play out next!!