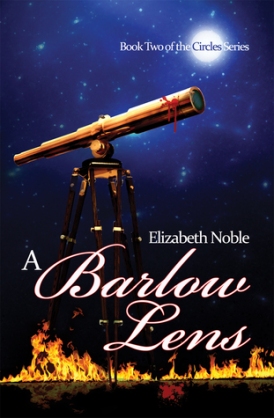 Blurb: While planning a future with his partner, Val, Wyatt’s past refuses to be forgotten. Wyatt’s old friend asks him to look into the mysterious death of her uncle in a fire back in 1927, when men were silent, tough, and did not love other men—except when they did. Working with Val, Wyatt digs up clues uncovering the truth behind the tragic school fire and the one responsible. The story of Tom and Philip slowly reveals itself, and Wyatt and Val realize nothing is as simple as they originally believed. As their trail heats up, an old enemy of Wyatt’s decides he’s waited long enough for revenge. If Wyatt can’t tie everything together, history might repeat itself.

Preparing for their wedding, Wyatt is asked to consult on a fire that happened in 1927 that killed an old friend’s uncle. Bringing Val with him, Wyatt and him discover there’s much more to the fire than they originally thought including a then forbidden tale of love. But as they get closer to the identity of the arsonist, Wyatt’s past comes back putting Val in serious danger. Will these two be able to survive the sudden threat and solve a decades old mystery?

When I read Run for the Roses, I really enjoyed seeing Val and Wyatt get closer together so when I knew they were to get married, I couldn’t wait to see what would come next for them. In this one, it’s a dual story between Val and Wyatt trying to solve the mystery behind the fire and a story about Tom and Phillip, two men who died in the fire in 1927. I really liked that about this story because we got to know a few new characters, get entranced in a new storyline in the past while also getting to see more of Val and Wyatt. I LOVED Wyatt and Val but I also really loved Tom and Phillip, who were complete opposites but who also fit really well together. They were adorable and sweet together and I couldn’t get enough of them!

I absolutely adored Tom & Phillips story but I wanted more effort into what happened in the present. As it was, the mystery was very weak and the investigation didn’t have much more than trying to find boxes of things that were once Tom’s. I mean a whole classroom was with the person who was suspected of starting the fire and none of those people mentioned that he was with them before and after the fire started and tried to help everyone get out of the school? My only other hangup is that I wanted more of Tom & Phillip! It makes me sad what happens but I wanted to learn more about Tom and Phillip to the point that I was a bit sad whenever the POV would change to the present.

All in all, this was a nice addition to the series. I loved getting back into Val and Wyatt’s life and really enjoyed seeing them as a happy couple. I really adored Tom and Phillip and just wished there had been more scenes of them together. The mystery behind the fire was a bit weak, especially when the ‘suspect’ all these years obviously could not have set the fire but I still enjoyed the story. I’m looking forward to reading the next book in the series!

One thought on “Book Review: A Barlow Lens by Elizabeth Noble”