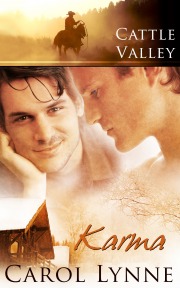 Blurb: From an Olympic Gold Medalist to jail inmate, one man’s journey to rebuild his life after hitting rock bottom.

Once a celebrated athlete, Guy Hoisington fell from grace and into a bottle. For years, the citizens of Cattle Valley went out of their way to avoid the drunk lecher, but one man, Shane Rendell, not only dated Guy during a brief period of relative sobriety but fell in love with him before he was hastily cast aside.

Living within the thick haze of liquor and sex, Guy rarely made good decisions, but on one particular dark night, he makes the worst decision of his life when he decides to drive down the mountain after a long evening of drinking. He wakes from a coma to discover he’s run an innocent man off the road and has a life-changing injury. For the first time in a very long time, Guy is able to look at himself through sober eyes, and he hates the man in the mirror. In one stupid move, he’s lost everything.

Shane has tried for two years to move on with his life after falling for the town alcoholic, but when he learns of Guy’s accident, he rushes to the hospital. Although the entire town may hate Guy, Shane is determined to prove Guy hasn’t lost everything.

Review: There is something addictive about this series or I would have never made it through 33 books. Yes, they are all mostly less than 100 pages, however the town, the characters, the drama, and the overall sexiness that is Cattle Valley calls to me. I love getting to know the residents and having them appear in future books. How amazing would it be for a town like this to really exist? I would move there in a heartbeat.

As much as you are likely to find loving and loyal residents, you will also come across some who just don’t fit in. Guy is one of those who is actually very much hated for his arrogance, his narcissism, his out of control alcoholism, and the fact that his addiction caused so much hurt and pain to a fellow resident. Shane is the only resident who seems to care at all about Guy, who stands by him while he recovers from his accident, and tries to get the residents of Cattle Valley to see him for the man he knows is inside. Even though Guy has treated him like crap, as well, once Guy opens up to him the real man shines through.

I was excited for this book because there didn’t seem to be any redeeming qualities about this man. I knew his past would come back and bring the answers we needed and it was not a big surprise what that past brought to light. I ended up actually liking sober Guy. He really is a good man inside and with Shane by his side and in his corner to keep him walking the straight and narrow, I know that he will eventually be fully accepted by the town.

What I missed, and I know I can’t have it in every book, was a Rio sighting. How can we have a Rio birthday bash and no Rio moment? Ugh, oh well, maybe next the book.