Book Review: The Case of the Wandering Wolves by Mell Eight 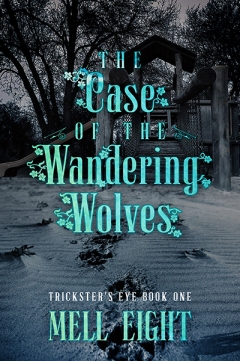 Blurb: Six years ago Latrans found his mate—and had to let him go. Now York has returned pleading for Latrans’ help. His daughter has been kidnapped and Latrans is the only person York trusts to get her back. But a simple matter of rescue proves to be far more complicated than anticipated, and even having his mate at his side may not be enough to win the day.

I won’t go too much into this story because, for one, it’s pretty short and two, the blurb does a good job of describing what it’s about. What I will say is that I really loved Latrans as a character. I loved that he was so willing to give York the space he needed without taking advantage of him. I also really adored the fact that he did everything he could to look out for York and his daughter without really intruding. As for York, I didn’t really like him that much. I felt like he was just a bit of a user so it was hard for me to connect with him after he expected Latrans to help without even wanting to give him the time of day.

I was really enjoying this story but I must say, I’m a little disappointed in the ending. I expected something much different instead of just a hopeful for now. Not even a happy for not, it was just hopeful. Hopeful that the next book will be about Latrans and York and not about anyone else. So while I really loved the set up to the story, my enjoyment was lessened by the fact that this could have been much longer and a little more concluded, IMO.

Overall, I like the story. I loved the premise of it and the fact that Latrans waited so long for his mate to come to him but I didn’t connect with York at all and then the ending was just so sudden and I expected more even though it was such a short story. Even still, I think if readers have liked Mell Eight’s stories in the past, they’ll probably like this one as well.