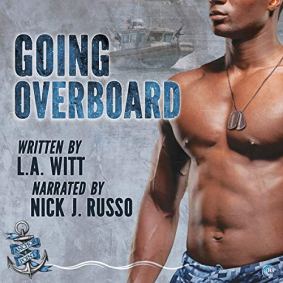 Blurb: It turns out love and sex come easy when you’re falling for your best friend.

Second-class petty officers Dalton Taylor and Chris Ingram have been best friends since coxswain’s school. Now they’re stationed together in the Harbor Patrol Unit of NAS Adams. They’re content as friends, but secretly, they both ache for more. Neither makes a move, though; while Dalton is out and proud, Chris is closeted—even from his best friend.

Then another coxswain’s negligence nearly drowns Dalton. After a taste of how easily they could lose each other, neither man can keep his feelings hidden anymore, and it turns out love and sex come easy when you’re falling for your best friend.

Things aren’t just heating up between the friends-turned-lovers, though. The Navy is investigating the accident, and the Harbor Patrol chief isn’t going to let his star coxswain go down for dereliction of duty, even if saving him means throwing Dalton under the bus.

As the threats and gaslighting pile up, Chris and Dalton need each other more than ever—as shipmates, friends, and lovers. But if their chief prevails, the only way they can save their careers is to let each other go.

Just when I think the stories can’t get any better, we get Going Overboard and I was hooked from the very beginning. Nick J Russo wins again in his performance of two sailors who find themselves pulled in different directions with no relief or end in sight. Chris and Dalton are besties and Coxswains who spend their days out on the water patrolling. This sounds like fun until a less experienced, but higher ranked sailor puts Dalton at risk when he chooses to play superman during foul weather and puts the boat and crew into unsafe conditions.
*
As expected, Dalton is hurt, but what is not expected is how Dalton is almost immediately put to blame. One wonders how the man overboard is at fault, but when you learn the Chief’s golden boy is at the helm, their superior will do anything to protect him…even throw Dalton under the bus, or patrol boat, as is the case.
*
Chris is Dalton’s best friend but has kept the fact that he was gay from him, even knowing that Chris was gay himself, and it would be well received. Men are so stupid sometimes. Chris is there to help rescue Dalton, and unfortunately, or fortunately depending on the point of view, Dalton, who is a little out of it with his head injury, gets all lovey with Chris, in plain sight of many witnesses. This is the start of something special between Chris and Dalton, but also puts a negative spotlight on Dalton.
*
I think my favorite part of this story was the fact that past characters played an integral part in getting Dalton and Chris the respite they needed from the unethical,  immoral, and the highly corrupt chief who thought himself invincible. Nick J Russo performed the parts admirably and I could almost feel the love, the steam, and anger coming off the characters in spades. Another highly recommended installment of Anchor Point.