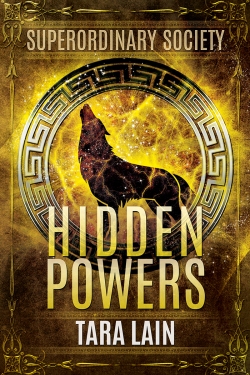 Blurb: Jazz Vanessen is weird—and not just because he’s a werewolf. For most of his life, he’s felt different from his alpha male brothers and friends. Since he’s adopted, he can’t even blame it on family.

Now eighteen, Jazz meets his idol, the social activist Lysandra Mason, and her breathtaking nephew, Dash Mercury. When Dash is around, even stranger things start to happen, including Jazz falling hopelessly in lust. Not only is Jazz having visions, making people disappear, and somehow turning invisible, but somebody’s following him and threatening to reveal his pack’s secrets to the world.

Together with Dash and Jazz’s equally amazing friends—Carla, BeBop, Khadija, and Fatima—they discover the danger is even more lethal than they thought, and Jazz’s weirdness may save all their lives.

I was pretty excited for this one because I was very intrigued with the blurb. I liked the idea of Jazz being something more than just a werewolf and I loved that Dash could possibly bring on this other side to Jazz. I liked that Jazz struggled with himself and who he was. It was interesting to see him experience all this new magic and not understand it. Then there’s Dash who knows all about magic but is trying to figure out why Jazz is so different. I loved seeing them working at the same place and meeting the other interns. I loved the group of five (then six) of them form. It was interesting watching them turn detective and try to figure out why things were happening to Jazz. Plus, I really enjoyed seeing how they were all different, most of them were some other kind of supernatural being.

I enjoyed this one and thought it had a lot of potential but it started out rough for me. For being the first in the series, you get a lot of info dump at the beginning and I kept feeling like I was missing something. Now, there is an author’s note mentioning how she created Jazz in another series BUT this one starts as if it’s already part of a series instead of a new one. So I felt a little out of the loop because I hadn’t read the other series. Add to that, while I loved the journey Jazz and Dash and the Superordinary Society go through, I did not like the ending. It felt like a lot happens really quickly in the end and then it just ends. I didn’t like that it’s not an HEA and we really have no idea if Dash and Jazz will see each other again but didn’t feel like they spent enough time together to develop any feelings. Plus, we have no idea what happens with the bad guy and it almost feels like it’ll be a set up to the sequel where the bad guy ‘escapes’ and the Superordinary Society brings it upon themselves to take him down. Will this happen? I don’t know, it’s just the feeling I was left with and that’s not something I’m fond of.
All in all, I liked this one but I kept feeling like I was missing something because of the info dump at the beginning. I liked Dash and Jazz as characters but I didn’t see any development between them to give reason for their feelings so I wish there was more time spent on developing their relationship and the world. I’m not sure if I’ll read the sequel, I’ll need to read the blurb first because I just have a feeling it’ll be about this villain again.