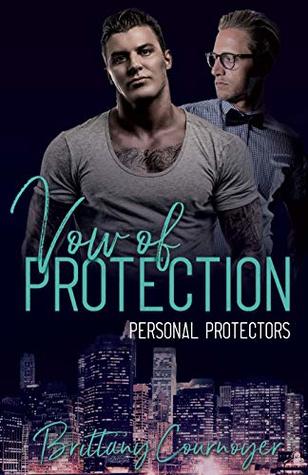 Living a life of privilege isn’t always what it seems to be. While Walker has never wanted for anything material-wise, the two things he doesn’t have are his parents’ love and support. Walker tries his hardest to be the perfect son by allowing his father, the Governor, to dictate his life for him. All that changes when an awful day leads to a brutal night, causing Walker to fear for his safety and hire the only person he knows can protect him.

Peace and an easy way of living, that’s all Beckett wants after serving twelve years in the army. Working for his Uncle Rusty’s bar as a doorman and occasional bouncer, the last thing the tattooed man with the take-no-crap attitude needs is to have to save the obnoxious kid who gives him attitude at the door. After ensuring that he’ll survive, and having a not so pleasant run-in with the guy’s parents, he leaves the hospital never expecting to see him again.

Walker and Beckett come from two different worlds. Where Beckett fought for his country and now enjoys the simple life, Walker works as his father’s campaign manager and lives a life of luxury. But when Walker’s safety is threatened, and he offers Beckett a job as his body guard, their lives became entwined and the two men begin to find that maybe they aren’t so different after all. Soon bickering and fighting turns to friendship and something…more. The only problem is, Walker’s straight… isn’t he? And can Beckett figure out who is behind the attacks in time to save Walker?

What a tangled web we weave. I was a bit taken aback about how much these two main characters really weren’t the nicest people, but I liked the narrator and the way he performed them so I kept on listening. Eventually, they grew on me and I ended up really loving both Walker and Beckett. Walker is a rich pain in the ass, but he is also treated like shit by his politician father. One who didn’t seem to care less that his son was being threatened…and we soon find out why.
Beckett is hanging with his Uncle Rusty and helping at his bar after he leaves the army. He thinks they need him until his Uncle unceremoniously tells him to take the job protecting the spoiled Walker because, no, he doesn’t really need him at all. I know that sounds mean, but in reality it was just his aunt and uncle creating work for him so that he could get back on his feet. It came from a place of love, and his Uncle Rusty plays a big part in this story, so it makes sense.
The contentious relationship between Walker and Beckett makes the reader wonder how they will ever become the main couple, the lovers who ride off into the sunset. I know I felt that way, but Kenneth Obi does a tremendous job getting all their emotions and feels out to the reader. It was definitely a slow build up, but the spoiled, rich boy and the rough around the color, take no prisoners, Beckett, eventually find their way together.