Posts Tagged With: Past Trauma 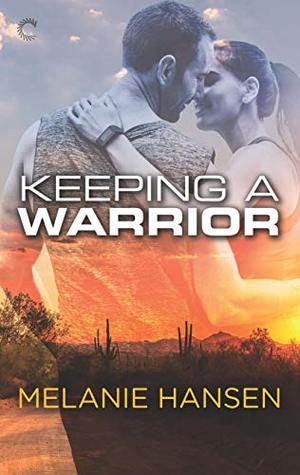 Blurb: Sometimes the only hope for the walking wounded is in each other’s arms.

Devon Lowe is a survivor.

A survivor of war. Of combat. And of a betrayal by men she considered her brothers-in-arms. But her trailblazing work as a Cultural Support Team member working alongside the navy SEALs is too important for her to back down now.

Fresh off a painful breakup, air force pararescueman Rhys Halloran recognizes Devon’s trauma for what it is—something that’s left her isolated but far from irreparably damaged.

With Devon’s trust still lying shattered back in Afghanistan, putting her faith in a man who’s nursing a broken heart isn’t easy. But she’s tired of people making her feel weak, and Rhys makes her feel anything but, sparking a heated attraction that was never part of the plan.

With all eyes on Devon to prove herself in a brutal man’s world, having it all will mean putting her heart on the line like never before. But when it comes to Rhys, it’s an uphill battle she’s ready to fight.

END_OF_DOCUMENT_TOKEN_TO_BE_REPLACED

Book Review: The Art of Living by Cassidy Ryan

Gus had been living life under the radar, hiding from ex-turned-stalker Michael. He’d been running for a long time, and had had to cut ties with everything and everyone he knew—including his family.

It was a lonely, frightening existence, until he met the guys at the studios. With his dog, Zephyr, and his new, makeshift family, he has found some kind of peace. Though his new life is far from perfect, he is content.

Then he meets Brodie, and soon Gus wants to shake things up and take back his life.

But Michael isn’t ready to give up on Gus yet, and he isn’t going to let anybody stand in his way.
END_OF_DOCUMENT_TOKEN_TO_BE_REPLACED