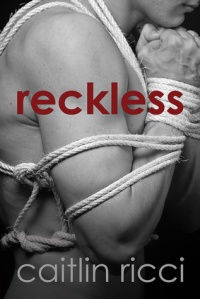 Blurb:  When his best friend, Lee, offered him his sub as part of a bet, Colton Prier never expected more than a clean condo from the boy. But Tate Nicholson is well-trained, eager, and he likes rope play as much as Colton enjoys tying him up. It should have ended after one night, but they begin meeting in secret, and Colton can’t stop thinking about Tate. It’s a betrayal of his friendship with Lee to fall in love with Tate, but Colton can’t help wanting the sub for himself.

He’s not alone in his feelings, either. Tate thought he was happy with Lee. Not completely fulfilled, but happy enough. But as he spends more time with Colton, he realizes Lee isn’t capable of giving him what he wants anyway. Lee demands his full submission, but Tate doesn’t want to be a lifestyle sub. Colton expects his obedience at times but gives him his freedom more often than not, which is more in line with what Tate wants.

When Tate really needs his Dom and Lee isn’t around to help him, he reaches the tipping point and needs to choose who he wants to give his submission to, and to accept the consequences of his choice when he does.
END_OF_DOCUMENT_TOKEN_TO_BE_REPLACED