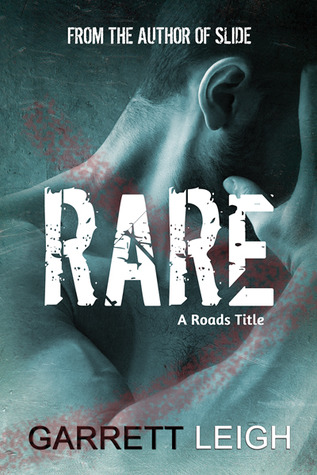 Blurb: Paramedic Pete Adams lived through the year from hell watching his lover, Ash, fall apart, and the precarious balance between work and home is becoming more strained. His heart is always home, with Ash, but the dark side to his job is weighing him down.

Tattoo artist Ash Fagin is recovering from a nervous breakdown triggered by revelations about his traumatic childhood. His battle with mental illness is far from over, but with Pete by his side, he’s feeling good again, so good he doesn’t notice something missing until it walks right into his living room.

Ash believes he’s had enough coincidence in his life, but when a voice from the past comes looking for him, it takes the devastating injuries of the one he loves most to convince him to let a ghost become the family he never knew he wanted.

In this sequel to Slide, Ash and Pete are now an established couple who are on more even ground. Ash has made incredible advancements in his recovery process and Pete no longer feels like he is walking on eggshells around him. However, (isn’t there always a however?)Pete is beyond exhausted and hating his job. Where in book one Pete was a little blind to Ash’s decline, it appears that Ash is suffering the same delusions about Pete and his decline.

Pete, and his paramedic partner Mick, seem to be constantly at each other’s throats and their work life is truly awful right now. Pete is burned out, Mick is burned out, their friendship is suffering and life really sucks for these two partners. Working twelve hour shifts, or longer, in this type of atmosphere is a recipe for disaster. And then one day Mick is just not there and Pete is thrown into the mentor role for a newbie. He is seriously not happy.

Ash, meanwhile, is dealing with an overzealous girl who claims to be his long lost sister. She is headstrong and stubborn and all up in his face. She has been searching for her brother for years and now that she thinks she’s found him, she won’t stop until he takes the DNA test to prove otherwise. Oh, and the sister just so happens to be his best friend Joes’ girlfriend Danni….small world and way to strange for any of the guys to accept and it’s causing all kinds of strife in their life.

So yeah, life is better but not. Until Ash gets a call that Pete is now the one in the hospital. While on a call for a derailed train, Pete is the only surviving rescue worker after a loose rail car rammed the overturned rail cars they were working in. Pete’s new partner and all the other rescue workers are killed…Pete is in a coma.

Sometimes it takes a traumatic event to put things into perspective. Even though the injuries to Pete are severe and life threatening, they also opened Ash’s eyes to how much he truly loves and needs this man. And he is not willing to lose Pete now. They also opened his eyes to how much he really needs a family, and if Danni is his sister then he is willing to take a chance on her. She is there when he needs her and Ash is touched that he’s not alone when he needs someone the most.

So we have some closure…Ash and Danni are siblings and they get along great. Joe is still freaked that his girlfriend is his best friend’s sister, but he deals with it. And Ash has made leaps and bounds in his progress from his horrific childhood. Now all he needs is Pete to get well.

Pete recovers but he is struggling; struggling with everything that happened at work and things at home. He needs space and unfortunately for Ash, he needs space from him too, so Pete moves home to his mother. Ash, of course, is devastated.  Ash allows him time and space, but every night he goes to Pete and sleeps on the floor next to him. He arrives and leaves while Pete is asleep. He just needs to be near him and know he is okay. So very sweet, heartbreaking, but sweet.

Pete never stopped loving Ash, and he knew Ash came nightly; he just needed to get his thoughts together. He finally feels like is able to think straight and goes back home to Ash. Ash and Pete are truly amazing men who both deserve a happy ever after. With Ash getting his art career in line and finding a doting sister, and Pete choosing a new career as a nurse, it appears that life has finally started to settle down for these guys. Never have two men needed a little peace more so than Ash and Pete, and I am so very happy that they finally get it. I highly recommended this book and this series.