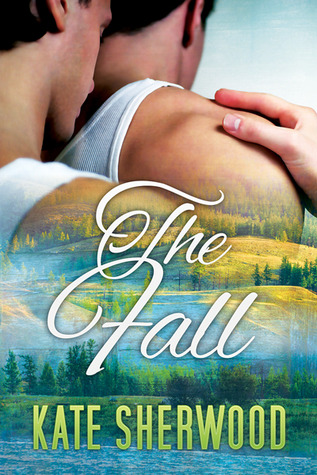 , All Romance eBooks & Barnes and Noble
Add it to your shelf: Goodreads & Booklikes

Blurb: Every relationship leaves something behind. Dumped by his sugar daddy, part-time model Scott Mackenzie somehow ends up owning an abandoned church in rural Ontario. He dreams of using it for gay weddings, even if he’ll never have one of his own.

Joe Sutton is trying to keep his family together after his parents’ deaths. Between the family ranch, his brother’s construction company, and commitments around town, he doesn’t have time for a relationship. But Mackenzie is hard to ignore.

As both men fight their growing attraction, challenges to Mackenzie’s business threaten their relationship. If he can’t make it work, he’ll have to crawl back to the city in defeat. But the only solution involves risking the ranch Joe loves, and each man has to decide how much he’ll sacrifice for the other.

Joe Sutton is probably one of the most likeable guys I’ve ever read about. He is rock solid, in both body and family values. He may have started out a little rough but once you understand why he was standoffish, you immediately forgive his five minutes of being a jerk.

These two sound like fire and ice, water and oil, or good vs. evil…and you wouldn’t be all wrong, nor all right. Mackenzie really is clueless. He doesn’t mean to be a jerk, he just hasn’t experienced real love before nor anyone who really cared about him personally, so you learn to quickly to forgive him and even begin to like him too. Joe really doesn’t have a chance; he is smitten, even though he doesn’t want to be, poor thing.

Joe is a rancher/dad to his younger orphaned siblings/ dad to his youngest brother’s son/ caretaker of all things related to the Sutton clan. Joe knows nothing but work and responsibility. Mackenzie is a model who is trying his hands at creating his own business, and if that doesn’t work he will just go back to the city. These two are on two totally different wave lengths but the attraction is there and they both give it a go…but only on a casual basis, at first.

There is family drama, family secrets, misunderstandings, and an awful ex-boyfriend. At times I wanted to shake Joe and many times I wanted to punch Mackenzie, but in the end they were really good for each other. Both were at opposite extremes but together they evened the other one out.

Not the tear jerker that you got with the Dark Horse series, but the characters were real and the writing is neat and concise. Kate Shewood is a favorite of mine and I will definitely be reading the sequel.

One thought on “Challenge Week Review: The Fall by Kate Sherwood”