Book Review: All That Glitters by Kate Sherwood

Blurb: No matter what he tells himself, wealthy NYC architect Liam has never been able to forget his first love, Ben. But as he approaches midlife and realizes something is missing, can he forgive himself for the worst mistake he ever made—the one that left a hole no amount of career success can fill? Or will fear keep him from the full life he really wants?

Liam and Ben were childhood sweethearts, then college boyfriends. But when Liam cheated on Ben, Ben forced himself to cut ties and move on. He’s still living in the small town where they grew up, teaching, but it’s not the life he imagined for himself as a younger man. Still, when Liam returns, he can’t risk his heart again. He certainly can’t allow himself to love Liam again after fighting so hard to get over him.

Neither man wants to let go of the past and face their apprehension at starting over. They don’t want to fall in love a second time—but sometimes love happens whether it’s wanted or not. END_OF_DOCUMENT_TOKEN_TO_BE_REPLACED 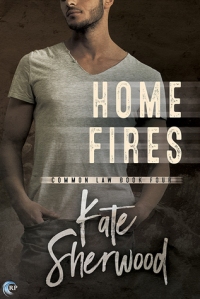 Blurb: Trouble comes to Mosely, Montana, from the outside world. When the residents of Mosely are left on their own, they can make things work. Sure, there’s always been a militia operating up in the hills, but they were small-scale—just survivalists doing their thing—until organizers came in from out of state. Now Jericho Crewe and the rest of the sheriff’s department are facing down a heavily armed band of fanatics, and the feds are busy elsewhere.

The odds are hopeless, but Jericho swore an oath to serve and protect the citizens of Mosely. He won’t walk away from that, even if Wade Granger’s begging him to run away somewhere and finally be together the way they always should have been.

But this time, it’s Jericho who refuses to leave Mosely, even if staying kills him.
END_OF_DOCUMENT_TOKEN_TO_BE_REPLACED 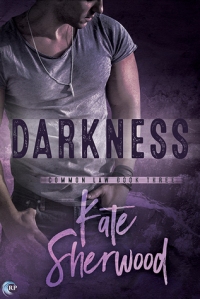 Blurb: A murdered prostitute. An obvious suspect. Clear evidence. For once, Jericho Crewe has a straightforward crime to investigate, and Wade Granger isn’t involved.

It all seems so simple, but Jericho’s instincts won’t let him rest. As he investigates, he finds troubling suggestions that the murder is a part of something larger and more sinister. But working within the boundaries of the law may keep him from finding the truth. If Jericho doesn’t break the rules, an innocent man may rot in jail while a killer remains free to strike again.

Inevitably, it all comes back to Wade. Because who else knows as much about breaking rules? And who else knows Jericho the way Wade does—not wisely, but far, far too well?
END_OF_DOCUMENT_TOKEN_TO_BE_REPLACED 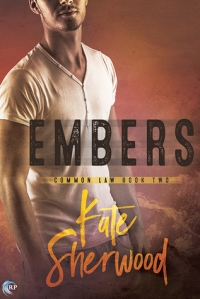 He doesn’t really need a biker war on top of it all, but as the bodies start to pile up, it becomes pretty clear that’s what he’s got. Not only that, but Wade’s involved somehow, and as soon as Wade is a part of something, things that seemed clear become cloudy.

With the feds breathing down his neck, Jericho has to find his way through Wade’s maze of half truths and manipulations. It would all be so much easier if Jericho could think straight in the other man’s presence. So much easier if their passionate past could be forgotten, and if he could be sure he’s strong enough to resist the temptation of a passionate present.
END_OF_DOCUMENT_TOKEN_TO_BE_REPLACED

Posted on January 5, 2017 by thebloggergirls

LA cop Jericho Crewe got the hell out of Mosely, Montana, when he was seventeen. Fifteen years later, he’s back, and everything is just as messed up as when he left. He planned a quick visit to deal with his injured father, but of course things are never that simple. Family complications, police complications, social complications—and, as always, Wade Granger complications.

When Jericho’s newly discovered half siblings are kidnapped, he needs to trust someone to help him find them. Wade’s a terrible choice, but Jericho’s never been known for his good judgment. Anyway, he’d rather make a bad decision with Wade than a good one with anybody else.

Available at: Riptide and Amazon

END_OF_DOCUMENT_TOKEN_TO_BE_REPLACED

Blurb: LA cop Jericho Crewe got the hell out of Mosely, Montana, when he was seventeen. Fifteen years later, he’s back, and everything is just as messed up as when he left. He planned a quick visit to deal with his injured father, but of course things are never that simple. Family complications, police complications, social complications—and, as always, Wade Granger complications.

When Jericho’s newly discovered half siblings are kidnapped, he needs to trust someone to help him find them. Wade’s a terrible choice, but Jericho’s never been known for his good judgment. Anyway, he’d rather make a bad decision with Wade than a good one with anybody else.
END_OF_DOCUMENT_TOKEN_TO_BE_REPLACED

Blurb: As an elite Sacrati fighter in the mighty Torian military, Theos is blessed with a city full of women who want to bear his children, and a barracks full of men proud to fight at his side and share his bed. He has everything he needs—until he captures Finnvid on a raid.

Finnvid is on a secret mission to prevent the Torian invasion of his homeland Elkat. Being enslaved by Torian soldiers wasn’t in his plans. Neither is his horrified fascination with the casual promiscuity of the Sacrati warriors. Men should not lie with other men—and he should not be so intrigued when they do. He definitely should not be most intrigued by the leader of the soldiers who captured him and plan to invade his home.

For Theos, everything would have been easier if the infuriating, lying, bewildering Elkati had never come into his life, but he can’t stay away. When betrayal and treachery threaten both their nations, they must work together to stop a war that could destroy their homes forever—even as they begin to question everything they’re fighting for.
END_OF_DOCUMENT_TOKEN_TO_BE_REPLACED

Posted on February 29, 2016 by thebloggergirls

The Blogger Girls have reviewed many books provided by Samhain Publishing and were very saddened by the news of their closing.  They’ve been a big name, not only in the m/m genre, but in many others as well.  They’ve continually provided quality books and have always been a pleasure to work with.

Samhain is having a 40% off sale today, so please take advantage (Samhain Publishing), as they have so many wonderful stories to enjoy.  Here is a list of just a few of our favorites.

Give Yourself Away by Barbara Elsborg

Not Safe For Work by L.A. Witt

The Shepherd and the Solicitor by Summer Devon and Bonnie Dee

Not My Boyfriend by Monica L. Anderson

What He Left Behind by L.A. Witt

Carry the Ocean by Heidi Cullinan

No Place That Far by L.A. Witt and Aleksandr Voinov

A Case of Spirits by K.J. Charles

A King Undone by Cooper Davis

The Dream Alchemist by Joanna Chambers

Let It Snow by Heidi Cullinan

Her Wicked Captain by Sandra Jones

No Boundaries by S.E. Jakes

The Walls of Try by L.A. Witt

Flight of Magpies by K.J. Charles

Raising the Rent by J.L. Merrow

Muscling Through by J.L. Merrow

Mending Him by Summer Devon and Bonnie Dee

The Pharaoh’s Concubine by Z.A. Maxfield

Think of England by K.J. Charles

Taming the Bander by Summer Devon

Mark of Cain by Kate Sherwood

The Magpie Lord by K.J. Charles

A Minor Inconvenience by Sarah Granger

A Case of Possession by K.J. Charles 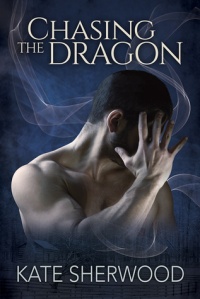 Blurb: When mercenary Jack Hunter stumbles upon Christian Manning servicing a client in a back alley, it stirs feelings he’s kept deeply buried. Hunter becomes Christian’s knight in shining armor when he rescues him from an attack and takes him to his secluded cabin to heal.

Being stuck in the cabin over the winter gives both men a chance to get their lives in order. Christian is struggling to break his heroin addiction, and Hunter needs to get away from the organization he helped start years before—a group of people who don’t appreciate being told no. It’s a toss-up which goal is more difficult. Their new starts spark a relationship between them, but nothing good comes cheap. Despite the complications, Hunter wants more, but Christian is resistant to making that commitment. When Hunter’s private security company threatens them, only nurturing the fragile trust they formed at the beginning of their love affair will save them. But for two men with very dark pasts, relying on each other might be easier said than done.
END_OF_DOCUMENT_TOKEN_TO_BE_REPLACED

Audio Review: In Too Deep by Kate Sherwood

Posted on September 13, 2015 by thebloggergirls

Blurb: At first glance, Cade and Aiden hardly seem like a match made in heaven. Their worlds couldn’t be further apart. Cade is quiet, serious, and determined to succeed; Aiden’s a party-loving frat boy. Cade comes from a rough home and worked hard to get the scholarships that make it possible for him to attend college; Aiden’s had it all thrown in his lap by supportive, kind, and wealthy parents. Cade wants nothing to do with Aiden, but from the moment they meet, Aiden is determined to find a way to bring their different worlds together.

Aiden manages to persuade Cade he’s a decent guy, and a tentative friendship becomes much more. But a trip to Aiden’s family cottage puts Cade in the path of a ghost from his past, and a dark secret he never expected to face again. Cade did what he had to do to escape his dead-end life, but now he sees he didn’t leave it as far behind him as he thought.
END_OF_DOCUMENT_TOKEN_TO_BE_REPLACED