Blurb: As an elite Sacrati fighter in the mighty Torian military, Theos is blessed with a city full of women who want to bear his children, and a barracks full of men proud to fight at his side and share his bed. He has everything he needs—until he captures Finnvid on a raid.

Finnvid is on a secret mission to prevent the Torian invasion of his homeland Elkat. Being enslaved by Torian soldiers wasn’t in his plans. Neither is his horrified fascination with the casual promiscuity of the Sacrati warriors. Men should not lie with other men—and he should not be so intrigued when they do. He definitely should not be most intrigued by the leader of the soldiers who captured him and plan to invade his home.

For Theos, everything would have been easier if the infuriating, lying, bewildering Elkati had never come into his life, but he can’t stay away. When betrayal and treachery threaten both their nations, they must work together to stop a war that could destroy their homes forever—even as they begin to question everything they’re fighting for.
END_OF_DOCUMENT_TOKEN_TO_BE_REPLACED

Book Review: Out of the Past by Sean Michael

Posted on January 25, 2016 by thebloggergirls 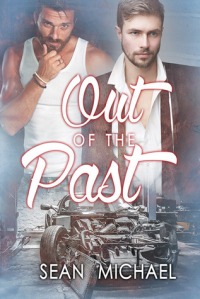 Blurb:  Steven thinks Andy has been dead for years, the victim of a car accident. Andy thinks Steven abandoned him back when he was in a terrible wreck, leaving him alone during his long recovery. When they two of them experience a chance meeting in a bar, it’s like the dead have come back to life, and like the past has come back to haunt them. While society mover and shaker Steven has never stopped loving Andy, carpenter Andy has learned to hate his ex-lover, thinking the worst. Steven tracks Andy down, both of them realizing they’ve been the victim of lies and deceit. Can Andy learn to love Steven again, or is it too late for the pair to start over?
END_OF_DOCUMENT_TOKEN_TO_BE_REPLACED