Audio Review: Can’t Hide From Me by Cordelia Kingsbridge

Posted on September 1, 2017 by thebloggergirls 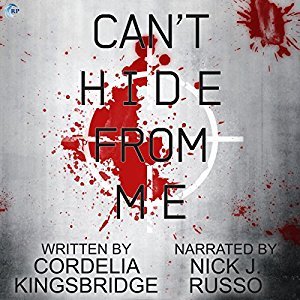 Blurb: Charles Hunter’s team is on a mission to extract an unidentified ATF agent from an undercover job gone wrong. All they’ve got to go on is the rendezvous location – until Charles recognizes the ex he hasn’t seen in years. Their “simple rescue mission” is about to get a lot more complicated.

For Ángel Medina, adjusting to life after his cartel nightmare is hard enough without confronting memories of a failed relationship. All he wants is a fresh start. But when a violent stalker lashes out from the shadows, Ángel realizes his nightmare is far from over.

As the stalker’s obsession escalates and bodies start dropping, Charles and Ángel are thrown together in a desperate search for the culprit. Tempers flare and old passions reignite, drawing them back into the same turbulent relationship that once ended in disaster.

But the stalker isn’t letting go – and the next strike might hit straight through the heart.
END_OF_DOCUMENT_TOKEN_TO_BE_REPLACED

Posted on August 21, 2017 by thebloggergirls 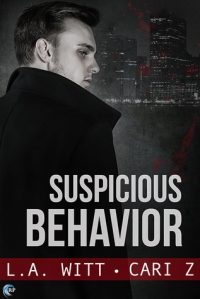 Blurb: Detective Darren Corliss is hanging by a thread. In between recovering from a near-fatal wound and returning to work at a hostile precinct, he’s struggling to help care for his ailing brother. His partner and boyfriend, Detective Andreas Ruffner, wants to help, but doesn’t know how. And with his own family crises brewing, Andreas is spread almost as thin as Darren.

For cops, though, life takes a backseat to the job. When a stack of unsolved homicides drops into their laps, Andreas and Darren think they’re unrelated cold cases. But when a connection surfaces, they find themselves on the tail of a prolific serial killer who’s about to strike again.

Except they’ve got nothing. No leads. No suspects. Just a pile of circumstantial evidence and a whole lot of hunches. Time is running out to stop the next murder—and to pull themselves back from their breaking points.
END_OF_DOCUMENT_TOKEN_TO_BE_REPLACED

Posted on June 6, 2017 by thebloggergirls

Blurb: Making a name for myself as a Villain in Panopolis is hard work. Six months ago, my boyfriend broke me out of jail. Now he’s spending most of his time defending our turf against other Villains he accidentally freed along with me. And my new psychic powers are not only impossible to control, but they’re also giving me migraines.

But it’s not all doom and gloom. My skills are improving every day, and Raul—aka the Mad Bombardier—and I have never been happier. That is, until my first solo job is interrupted by a mysterious woman who tells me that Raul has been kidnapped by a ruthless new Villain. The only way to free him is to do a job for Maggot, a man with scary ideas and an even scarier superpower.

I can’t go to the cops or a Hero for help. Odds are they wouldn’t listen to me anyway. If I fail, Raul will be killed. If I succeed, we’ll both be bound to a man who’ll stop at nothing to put Panopolis on the path to civil war. It looks like the only way to win is to take out the competition.
END_OF_DOCUMENT_TOKEN_TO_BE_REPLACED

Blurb:  As a prince of demons, Sytri’s existence has been for one thing, power. He’s gained that in the demon realm, but his pursuit of it cost him something far greater…something he didn’t realize the value of until it was gone. When he first met vampire prince, Basil Warrick, in an instant he saw—and desired—to have once again all that he’d lost; friendship, companionship…love.

Basil has lived for more than three hundred years, and quietly carries the scars left by the vampire who turned him. Connecting with others has never been easy for him, but Sy’s sensual charm is more than he can resist. He knows Sy’s history of betrayal, and the demon is exactly what he shouldn’t want in his life, and yet, Sy is all he wants.

The return of an old enemy of Basil’s brings painful memories and danger to him, and a new enemy of Sy’s threatens to take away what he’s gaining in his life. If their lives are to be eternally bound, the two princes must overcome the threats and challenges before them.
END_OF_DOCUMENT_TOKEN_TO_BE_REPLACED

Blurb: Trouble comes to Mosely, Montana, from the outside world. When the residents of Mosely are left on their own, they can make things work. Sure, there’s always been a militia operating up in the hills, but they were small-scale—just survivalists doing their thing—until organizers came in from out of state. Now Jericho Crewe and the rest of the sheriff’s department are facing down a heavily armed band of fanatics, and the feds are busy elsewhere.

The odds are hopeless, but Jericho swore an oath to serve and protect the citizens of Mosely. He won’t walk away from that, even if Wade Granger’s begging him to run away somewhere and finally be together the way they always should have been.

But this time, it’s Jericho who refuses to leave Mosely, even if staying kills him.
END_OF_DOCUMENT_TOKEN_TO_BE_REPLACED

Posted on February 13, 2017 by thebloggergirls

Blurb: Panopolis is a rough place to be an average Joe. I came here looking for adventure and excitement, but nobody cares about one more normal guy in a city filled with super-powered heroes. The closest I’ve come to glory is working in a bank that villains often rob.

But then I maybe accidentally-on-purpose helped a villain escape the hero who was trying to save the day. Imagine my shock when, a week later, that villain asked me out for coffee. One date turned into more, and now I’m head over heels in love with Raul.

Falling in love with the guy dubbed the Mad Bombardier isn’t without its downsides, though. I’ve had to deal with near-death encounters with other villains, awkwardly flirtatious heroes who won’t take no for an answer, and a lover I’m not sure I can trust. It’s getting to the point where I know I’ll have to make a choice: side with the heroes, or stand fast by my villain.

Either way, I think my days as a normal guy are over.
END_OF_DOCUMENT_TOKEN_TO_BE_REPLACED

He doesn’t really need a biker war on top of it all, but as the bodies start to pile up, it becomes pretty clear that’s what he’s got. Not only that, but Wade’s involved somehow, and as soon as Wade is a part of something, things that seemed clear become cloudy.

With the feds breathing down his neck, Jericho has to find his way through Wade’s maze of half truths and manipulations. It would all be so much easier if Jericho could think straight in the other man’s presence. So much easier if their passionate past could be forgotten, and if he could be sure he’s strong enough to resist the temptation of a passionate present.
END_OF_DOCUMENT_TOKEN_TO_BE_REPLACED 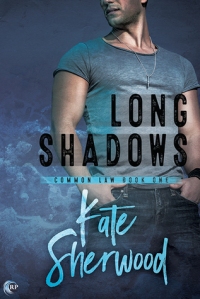 Blurb: LA cop Jericho Crewe got the hell out of Mosely, Montana, when he was seventeen. Fifteen years later, he’s back, and everything is just as messed up as when he left. He planned a quick visit to deal with his injured father, but of course things are never that simple. Family complications, police complications, social complications—and, as always, Wade Granger complications.

When Jericho’s newly discovered half siblings are kidnapped, he needs to trust someone to help him find them. Wade’s a terrible choice, but Jericho’s never been known for his good judgment. Anyway, he’d rather make a bad decision with Wade than a good one with anybody else.
END_OF_DOCUMENT_TOKEN_TO_BE_REPLACED

Between prejudice, politics, pride, and survival, Ayden and Freyrik must carve a new path, no matter how daunting. For nothing less than the fate of both their peoples rests on the power of their perseverance—and their love.
END_OF_DOCUMENT_TOKEN_TO_BE_REPLACED

Posted on December 6, 2016 by thebloggergirls 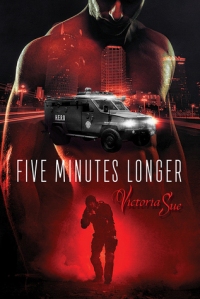 Blurb:  Talon Valdez knew when he transformed into an enhanced human, his life and his dreams were finished. Reviled, mistrusted, and often locked away, the enhanced were viewed as monsters, despised by the public, and never trusted to serve in the military or any law enforcement agency.

Years later he gets a chance to set up a task force of enhanced to serve in the FBI, but with one proviso: each enhanced must partner with a regular human.

Finn Mayer dreamed of joining the FBI from the time he was fourteen and made every possible sacrifice to make it happen, including living with his selfish mother and bullying, homophobic brother and never having a boyfriend. But his undiagnosed dyslexia stopped his aspirations dead in their tracks. His last chance is to partner with Talon, an enhanced with deadly abilities who doesn’t trust regular humans with their secrets and wants Finn to fail.