Posted on October 23, 2017 by thebloggergirls

Blurb: Ryan Caulfield is a devout avoider of risk, so it comes as a surprise when he agrees to help a group of supernatural law enforcers catch Zeus (the god voted Least Likely to Keep It in His Pants). But how could he say no? He’s nothing if not law-abiding, even if it’s a legal code from another plane of existence. Besides, it all seems harmless enough . . . at least until the half-naked and all-hot immortal with wings and horns shows up.

In his century as an investigator for the Olympic pantheon, Leander of the eroté has solved a lot of cases and slept with a lot of humans. But on this investigation, it looks like he won’t be doing either. His assigned task is bogus, and the most alluring mortal he’s ever met is determined to avoid hooking up.

But the pull Leander feels toward Ryan the bartender won’t let him turn his attention away for long. Soon, he finds himself interested in much more than his usual dalliances with mortals. Now if only he can convince Ryan he’s worth the risk.
END_OF_DOCUMENT_TOKEN_TO_BE_REPLACED

Between prejudice, politics, pride, and survival, Ayden and Freyrik must carve a new path, no matter how daunting. For nothing less than the fate of both their peoples rests on the power of their perseverance—and their love.
END_OF_DOCUMENT_TOKEN_TO_BE_REPLACED

Book Review: Blood of the City by Adrik Kemp

Blurb: After a century apart, Mack and Jason rediscover their love and lust, but will trying to fit into a modern world keep them together or tear them apart?

When vampire lovers Mack and Jason are reunited after decades apart, they think of nothing but each other’s company. But over time, Mack’s old-world views conflict with Jason’s liberated life, and it throws them into a spiral of confused despair. When Mack seeks solace in the arms of another and Jason’s ex-lover Greg is murdered, their relationship breaks down and Mack flees.

While in solitude, Mack is handed the surprise opportunity to rekindle a relationship with his returned, now-vampire father, Allen. They return to Sydney to introduce him to Jason, but Jason has already sought revenge on Mack’s lover and committed an atrocity of his own. Fractured so soon after their reunion, the three of them travel back to where it all began, in the country town of Wattlebrook.

END_OF_DOCUMENT_TOKEN_TO_BE_REPLACED

Blurb:  Charlie is a happy Unicorn. He has a place to live, all the sugar he could ask for, friends, and he’s safe. Or, at least he was until some Vampire put a billion dollar bounty on his head. Not wanting to put his friends in danger, Charlie leaves and makes a run for it on his own.

Ever since William was cursed with immortality, he knew he’d never be able to find someone to love. But one look at Charlie challenges that thought and sends William’s life spinning.

Will William be able to rescue Charlie? Or was their love doomed from the very beginning?
END_OF_DOCUMENT_TOKEN_TO_BE_REPLACED

Posted on April 9, 2016 by thebloggergirls

Blurb:  Kaleb Holten’s father’s debt to an underground group The Association has just been called in, and the man can’t pay the loan. Instead of turning over his wealth, he releases his son and Kaleb finds himself thrown into a world where a class of men see themselves as untouchable. Going so far as to call themselves gods.

After the Great Economic Collapse there are no laws that cannot be broken. And Kaleb is forced into a ten-year sentence of servitude where he will have no say, no rights, no value and yet be coveted and protected as if he were a priceless treasure.

Leo Roan, has slipped the noose the Association bound him with by breaking his addiction to ambrosia and Kaleb Holten was supposed to be his last assignment as a doxie Master. But something about the boy begins weaving a new net that will not only ensnare him but the conscious darkness inside, that craves pain, agony, suffering, and death.
END_OF_DOCUMENT_TOKEN_TO_BE_REPLACED

Blurb: With one of his lovers imprisoned in the Underworld, Mac has no choice except to go where most angels fear to tread.

Alastor is still unsure about his position in the relationship following recent revelations, but he cannot walk away when he is the only real link between his two lovers. Splitting his time between Mac and Tristan he hopes they can soon find a way to reunite the two men in his life.
As time moves on Alastor realises he is struggling to satisfy Tristan’s thirst for sex. His lover needs more than he can give him and craves Mac in his bed.

Mac still believes he can complete his mission to save his two lovers, but with one of them out of his reach it is going to be far from easy.

During their time together they have made plenty of enemies, including one who would seek to separate them forever, even if it means biding his time until Alastor and Tristan are at their most vulnerable, when even the love of an angel can’t save them.

END_OF_DOCUMENT_TOKEN_TO_BE_REPLACED

With the battle of Egypt behind them, Alec and Cronin are enjoying the thrill of new love. Though fate doesn’t wait long before throwing them back into the world of weird.

They know Alec’s blood is special, though its true purpose still eludes them. And given Alec’s inability to be changed into a vampire, Cronin is free to drink from him at will. But the ramifications of drinking such powerful blood starts a ripple effect.

With the help of Jorge, a disturbing vampire-child with the gift of foresight, Alec and Cronin face a new kind of war. This time their investigations lead them to the borders of China and Mongolia—but it’s not what lies in the pits beneath that worries Alec.

It’s the creator behind it all.

In the underground depths of China, amidst a war with the Terracotta Army, they will find out just what the Key is, and what Alec means to the vampire world.
END_OF_DOCUMENT_TOKEN_TO_BE_REPLACED

Blurb: Eli is immortal. Almost immortal, anyway. His father is an archangel he never knew, while his mother was a human. When another angel asks him to save a human male in Ancient Egypt, his life is forever changed.

When Micha comes into his life, Eli is no longer alone, but Micha’s untimely death leads Eli to search for his eternal love through reincarnations of Micha over the centuries. Based on a medium’s tip, Eli finds Joshua Milbanks, eighteen years old and homeless, kicked out of his foster home because he is gay.

When Eli saves Joshua from a bullet, Joshua doesn’t know what to think, but he cannot deny he is drawn to Eli. Is Joshua Micha reincarnated? Or will Eli continue to be lonely without his eternal love?
END_OF_DOCUMENT_TOKEN_TO_BE_REPLACED

Book Review: Blessed With a Curse by N.J. Nielsen

Blurb: What doesn’t kill me – had better start running…Storm Gennaro

When the past calls Storm Gennaro for assistance, he willingly comes to help the man who walked away from him. Thirty years is a long time to be parted from the one person meant to stand at your side forever.

Heath Madden is sick, and his family calls Storm to help save him. All the hurt and betrayal suffered at the man’s hands resurfaces, but not everything is as it seems.

The past has come back to wreak havoc on their lives, and as they dig deeper, they realize they aren’t the only ones whose lives are being played with.
END_OF_DOCUMENT_TOKEN_TO_BE_REPLACED 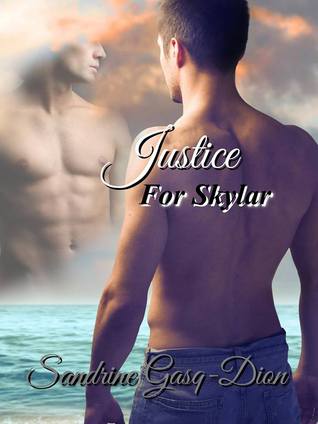 There will be justice for Skylar. END_OF_DOCUMENT_TOKEN_TO_BE_REPLACED