Blurb: Aayan Denir knows Garrett Hillier was once a high-powered defense attorney, and—thanks to a leaked photograph—he knows Garrett is sexually submissive, which makes him ideally qualified to defend Aayan’s brother from the charge of murdering his sub. Aayan would do anything to protect Syed, even if he doesn’t understand how Syed could hurt someone he loves. He could never hurt Garrett. He only wants to take care of him—love him, serve him, cherish him. And maybe torture him. Just a little.

Garrett probably shouldn’t be dating his client’s brother. Right? And what’s the use in a confirmed sub dating a guy who doesn’t want to be a Dom anyway? The important thing is to get Syed cleared of the discriminatory murder charge he’s facing. Aayan is a distraction. But for the first time in the three lonely years since Garrett’s husband died, he’s feeling hope, ambition, and desire. Can he give up the pain he craves to find the love he needs?

Book Review: In the Shadows (Social Sinners #2) by T.L. Travis

Blurb: For Ricky “Stoli” Branson, the stars were on his side. Social Sinners was headlining their first sold out US tour. Radio stations across the states were playing their songs, and he’d won the heart of the man he loved.

Everything was going great, or so he foolishly believed…

When an accident has them burying one of their own and leaves another fighting for his life, Stoli questions his beliefs. Or lack thereof.

“Have faith,” his mother tells him. But how can you have faith in something that threatens to take away your only reason for breathing?
END_OF_DOCUMENT_TOKEN_TO_BE_REPLACED 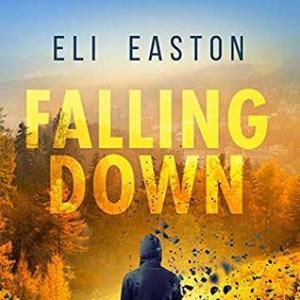 Blurb: Josh finds himself homeless at eighteen, but he has a plan. He’ll head north on the bus to New England and spend October there for his mother’s sake. She always talked about going to see the fall leaves someday. And when the leaves are done and the harsh winter comes, Josh plans to find a place to curl up and let go. It will be a relief to finally stop fighting.

Mark spent his life trying to live up to the tough swagger of his older brothers until he pushed himself so far against his nature that he cracked. Now a former Marine, he rents a little cabin in the White Mountains of New Hampshire where he can lick his wounds and figure out what to do with the rest of his life. One thing was clear: Mark was nobody’s hero.

Fate intervenes when Josh sets up camp under a covered bridge near Mark’s cabin. Mark recognizes the dead look in the young stranger’s eyes, and he feels compelled to do something about it. When Mark offers Josh a job, he never expects that he’ll be the one to fall.

The snow is coming soon. Can Mark convince Josh that the two of them can build a life together before the flurries begin?
END_OF_DOCUMENT_TOKEN_TO_BE_REPLACED

Blurb: What happens when you try to fix the past and end up threatening your future?

Scott is struggling. Grieving the loss of his brother, carrying the weight of his father’s expectations, and getting his ass kicked in the rink, he’s in a downward spiral. He needs a solution and fast, but when his steroid use is exposed, he’s close to losing his place at Owatonna and more importantly, on the Eagles Hockey team. Thrown out of his house, with nowhere to go and no future in sight, he only has one choice; agree to mandatory counseling, random drug tests, and get his act together. Only then will he have a chance at normal. Meeting Hayne, a senior connected to the world through his art, is a shock to the system. Moving in with him is his only option, but falling for the shy artist leaves Scott in an impossible situation, and one he can’t escape.

Hayne has always been that quiet, creative kid who sat in the back of class drawing instead of listening to the teacher. A talented artist, the shy and sensitive young man is struggling with the loss of his childhood friend. Seeing his sadness reflected in his usually colorful paintings, he decides to attend grief counseling and meets Scott, a lost soul in desperate need of light and color in his life. Taking in a homeless hockey player certainly was never part of his carefully orchestrated ten-year plan. But now that Scott is in his life, he’s discovering the joy of this man’s loving smile and tender touch is one of the most beautiful palettes on earth.
END_OF_DOCUMENT_TOKEN_TO_BE_REPLACED

Book Review: The Ghosts Between Us by Brigham Vaughn 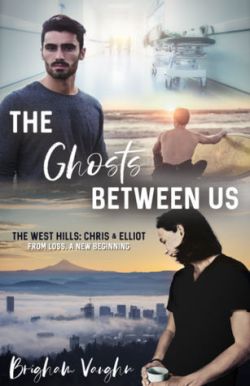 Blurb: Dr. Christopher Allen knows how to deal with death. He’s a psychiatrist who works with hospice patients and their families, helping them cope with grief and letting go. But Chris’s job doesn’t prepare him for the sudden death of his devil-may-care brother Cal.

At Cal’s funeral, Chris is completely thrown when he meets Elliot Rawlings, an artist Cal has been dating. Chris is hurt to discover that the brother he knew as straight was actually bisexual. Elliot is angry and resentful of having been kept hidden from Cal’s family.

After the funeral, a night of drinking at the bar with Cal’s friends leads to Chris and Elliot falling into bed together. The next morning, they’re overwhelmed by guilt and grief and agree to never speak of it again.

But Cal’s apartment needs to be packed up and Elliot reluctantly agrees to help Chris, as well as answer some questions about Cal’s life and their relationship. Despite their guilt and initial dislike for one another, they sort through the pieces of Cal’s life and begin to fall for each other.

Despite his best efforts to fix things, Chris’s family seems to be crumbling around him and he begins to question who he is and what his role with them is. As his feelings for Elliot grow, Chris must decide if they’re worth further damaging his fragile relationships with his friends and family.

Elliot’s rough upbringing has left him distrustful of getting close to anyone, much less another man who isn’t willing to acknowledge him in public. The odds seem stacked against Chris and Elliot, but if they can overcome them, they may be able to lay Cal’s ghost to rest, along with their own demons.

Reader Advisory: This story deals with themes related to alcoholism, death (of secondary characters), and past abuse/neglect.
END_OF_DOCUMENT_TOKEN_TO_BE_REPLACED

Trigger warning: this book contains explicit rape, as well as one failed suicide attempt by a main character.
END_OF_DOCUMENT_TOKEN_TO_BE_REPLACED

Posted on February 1, 2019 by thebloggergirls

Blurb:  Stranded is the second book in The Auctioned Series. Before you read further, you should read Auctioned. ​

“You have my word, Gray. I will get you off this island, and I will bring you home.”

It was supposed to be an easy in-and-out job. Nothing Darius Quinn hadn’t done before. But this job had something none of the others did: Gray Nolan.

​Like Murphy’s Law advised, anything that could go wrong, would. A mission to save one hometown favorite son was turning into a quest to rescue thirteen traumatized young men against odds so steep, he’d need an oxygen mask to scale them. ​

Facing new dangers and an uncertain future, Darius keeps Gray close and is soon forced to accept that this has become much more than an assignment. For a man whose reputation was built on being ice-cold under pressure, Darius is beginning to discover how good it feels to burn.
END_OF_DOCUMENT_TOKEN_TO_BE_REPLACED 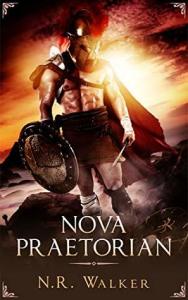 Blurb: Quintus Furius Varus is one of the best lanistas in Rome. Tall and strong in build, fearsome in manner, and sharp of wit, he trains the best gladiators bound for the arenas of Rome. When Senator Servius Augendus seeks personal guards, he attends the Ludus Varus for purchase of the very best. He puts to Quintus an offer he cannot refuse, and Quintus finds himself in Neapolis, contracted as a trainer of guards instead of gladiators.

Kaeso Agorix was taken from his homelands of Iberia and delivered to Rome as a slave. Bought by a senator to be trained as a guard, his fate is handed to the man who would train him. Absent free will, Kaeso knows his life is no longer his own, though he soon realises the gods have favoured him when he learns his new master has a kind heart.

Quintus and Kaeso forge a bond that far exceeds the collar at Kaeso’s neck, and together they discover the senator’s move for promotion has an ulterior motive. Thrown into a world of politics and conspiracy, of keeping enemies close, they move against time to save Rome before traitors and the gods themselves see to their end.

Blurb: BUD/S: six months of the most intense training there is. It’s survival of the toughest, and Matt Knytych is determined to come out the other side a navy SEAL.

Distraction is life or death. And just the sight of former marine Shane Hovland is enough to shake Matt’s concentration.

Shane came to BUD/S training ready to prove himself—again. Semper Fi is forever, but he needs a new start. Not this dangerous heat with a man he barely knows.

Everything they’ve ever wanted is riding on a thin, punishing line. And they’ll have to fight for more than just each other if they want to make it through intact.

After all, the only easy day was yesterday.
END_OF_DOCUMENT_TOKEN_TO_BE_REPLACED

Posted on December 13, 2018 by thebloggergirls

Title: Meik & Sebastian
Authors: Quin Perin
Series: Obsessed 4
Heroes: Meik & Sebastian
Genre: MM Contemporary
Length: 77 ages
Publisher: Quin Perin
Release Date: December 13, 2018
Available at: Amazon
Add it to your shelf: Goodreads
Blurb: After ruining his chances with Sebastian, Meik is plagued by the past and haunted by the present. His escape: booze and sex. But the memories of Gabe continuously well up and never ebb. They become an ever-present companion he cannot escape.

Will he hoist himself out of depression to seal the past and face the present or will he lose himself in the bottom of the bottle? END_OF_DOCUMENT_TOKEN_TO_BE_REPLACED