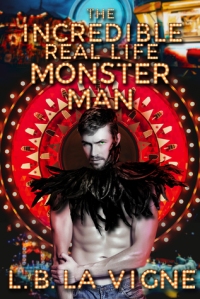 Blurb:  Monsters are real, and everyone knows it. When Mikey, an employee at the US Department of Fish and Wildlife, is assigned to rescue an abused creature at Samuel’s Carnival Extravaganza, he feels drawn to the sympathetic thing. But, rescuing and nursing the creature back to health has some unforeseen consequences. Not only can Renin talk, but he has the same urges and needs as a human—urges and needs now set on his savior, Mikey. Ones which Mikey can’t say he doesn’t reciprocate.

As a creature used to high levels of socialization, keeping him in isolation with little stimulation could be doing him more harm than good. For the second time, Mikey must break Renin out of captivity, bringing him home for…safe keeping.

While ending up in Mikey’s home is one of the best things to happen to Renin, multiple forces threaten to tear them apart. Mikey’s boyfriend, for one, isn’t accepting of the creature making itself comfortable in Mikey’s bed. The government is desperate to get their creature back, and will stop at nothing to have him. And then, there’s what’s hidden in the woods—watching, waiting, ready to strike at Renin at the first opportunity. With everything seemingly against them, Mikey may not be able to hold on to his monster for very long.
END_OF_DOCUMENT_TOKEN_TO_BE_REPLACED 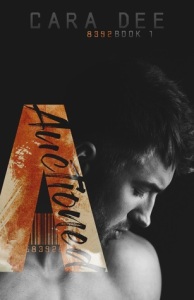 Blurb: Gray Nolan’s biggest problem in life was the torch he carried for his closeted coach. He was just another happy-go-lucky dude, a college student and hockey player, when his ordinary existence was interrupted, and he became a human trafficking statistic.

He and seven other young men were taken aboard a luxurious yacht where they were to be auctioned off to the highest bidder. Gray was beaten, shattered, and almost defeated by the time his buyer stepped out of the shadows in a swirl of his own cigarette smoke.

He was Gray’s new owner.

Darius Quinn had vowed never again to find himself in a situation like this. His days as a private military contractor were over. No more missions, no more risks, no more personal attachments. Yet, here he was, after weeks of searching, face-to-face with his broken prize.

It was time to get the knucklehead back to his family.

Quick and easy was Darius’s plan.

Then everything went sideways.
END_OF_DOCUMENT_TOKEN_TO_BE_REPLACED

Book Review: Backstroking with a Tiger Shark by Charlie Richards

Blurb: Tortelion, Tort to his friends, is a tiger shark shifter. He spends his workdays awing human audiences with a few aquatic parlor tricks. To him, it’s a pretty good gig. Plus, the people who come to World of Aquatica learn about his kind…well, tiger sharks of the non-shifter variety, anyway. A day that starts the same as any other suddenly takes a turn for the better when a mishap sends two humans tumbling into his tank. Blood in the water tells Tort that one of them is his mate. Joining those taken to the doc’s office as a witness, Tort learns his mate is Kane Cornshun, a busy human graphic designer only visiting the area to see his sister and her kids for a few days. Tort has very little time to woo his unsuspecting mate. Can he convince Kane to give up his life and join him at Aquatica?
END_OF_DOCUMENT_TOKEN_TO_BE_REPLACED 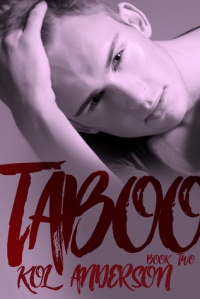 Blurb:  Life is never easy. It’s made worse when you’re thrown to the vipers by your own father.

Happiness was never promised to Jake, but he allowed himself to hope for it for a short time in his life. He’ll soon learn happiness is a privilege destined only for a select few, and he may not be one of the lucky ones.

END_OF_DOCUMENT_TOKEN_TO_BE_REPLACED 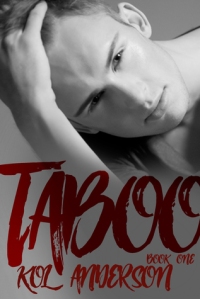 Blurb:  Jake Ross never had it easy. He’s learned to accept he won’t have the life his friends have. With an abusive alcoholic for a father and a younger brother far too good for this world, all Jake focuses on is keeping his kid brother safe.

But when their father goes one step too far and introduces Weldon to their lives, it sets off a series of events that will change all their lives.

END_OF_DOCUMENT_TOKEN_TO_BE_REPLACED

Blurb: We all have tragic backstories in today’s world.

I wake up chained to the wall of a dark cell aware of two things: I failed my sister, and I smell my enemy.

When I’m taken to meet Dare, the alpha of the Silver Tip pack, I’m sure I’m about to lose my throat. The last thing I expect is for the Alpha to recognize me as his fated mate. No way is he going to let me go now, and I still have to find a way to rescue my sister.

As I plot my escape to save her, I find that if I leave, Dare could be killed by power-hungry members of his pack. And now he’s more to me than my fated mate—my heart is involved. With time ticking by on my sister’s life, I have to make a choice I never thought I’d face—my sister’s life or my mate’s? That’s if I can survive the undead shifters intent on killing me first…
END_OF_DOCUMENT_TOKEN_TO_BE_REPLACED 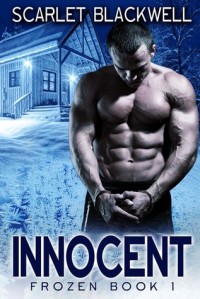 Blurb: His body is held hostage, but is his heart a prisoner, too?

Gabriel Black is at his remote Alaskan cabin finishing his new novel when a man breaks in and holds him prisoner. Ethan is frozen to the bone and carrying a gun, his origin a mystery. Heat ignites instantly between Gabriel and Ethan and the lines between captive and captor soon start to blur. Ethan is an enigma, a man surely on the run, maybe a dangerous criminal, but Gabriel is drawn to Ethan’s broken spirit and damaged soul. What secrets is Ethan keeping and is he, as he claims, innocent?
END_OF_DOCUMENT_TOKEN_TO_BE_REPLACED

Posted on June 8, 2016 by thebloggergirls

Blurb:  Jiri’s life has been one misery after the next. A cobra shifter, he’s held captive by a collector who keeps him—and other shifters—in a private harem-style “zoo” in the Libyan desert. Considered a dangerous predator by the other shifters, and little more than a boy toy to the collector, Jiri is friendless, timid, and despondent.

Miksa is the collector’s latest find. But honey badgers are known for their bad attitude, fearlessness, and fighting spirit. Miksa has no doubt he’ll escape, even if it means taking the whole zoo down with him.

When honey badger and cobra meet, there should be instant enmity—after all, honey badgers eat cobras—yet both men find themselves oddly drawn to the other. Romance blossoms, but can it survive captivity and beyond? In order to do so, Jiri will have to find a strength he doesn’t know he possesses and Miksa will have to open a heart long closed to anyone except his immediate family.
END_OF_DOCUMENT_TOKEN_TO_BE_REPLACED

Blurb:  Nira. Astrum Industries’ newest charted planet. Freshly discovered. Wholly unexplored. But that won’t be the case for long. Led by Captain Alec Hamlin, a team of explorers make an emergency landing and are soon confronted by their first Niran native. A huge male Kríe packed with muscle, baring small, black horns and fangs. Fortunately, he’s friendly. Or so he lets them believe.

With the help of his pack, the Kríe takes Alec’s team captive, intending to sell them for profit. But these Nirans aren’t just shrewd, they’re arrogant and domineering. And most of all, extremely sexual. Which explains why, on their journey to peddle their new wares, they feed Alec’s team a powerful aphrodisiac. Nothing like some decadent entertainment on the side. Soon the team finds themselves feverishly trying to resist the growing urge to mount their seductive captors. But as passion prevails and unexpected bonds form, so much more is suddenly at stake. With no time left, will a shift in Kríe perspective be enough to change the fate of Alec’s team?

END_OF_DOCUMENT_TOKEN_TO_BE_REPLACED 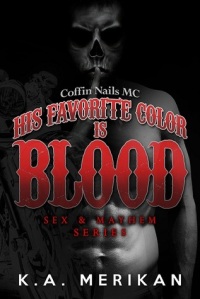