END_OF_DOCUMENT_TOKEN_TO_BE_REPLACED

Blurb:  Dear Author,
He offers such a pure, unfettered submission to the man strong enough to tame him; he’s the best thing that ever happened to this powerful (read: spoiled) Dom. Still… even the best of Doms aren’t infallible, and this one almost lost his beautiful boy. He straightened his head out quickly enough, but by then his boy wasn’t quite so forgiving. If his stubborn sub is so damn resistant to reason, drastic measures are called for… right? What choice does a desperate Dom have but to resort to a tiny bit of kidnapping, and a wee touch of restraint and, well… I’ll let the author decide what else it’ll take to get them to their HEA.

Photo Description:
Two men spoon together on a white mattress with blue swirls. One man (the Dom) wears nothing but black work boots as he shapes the other man. The Dom is caught kissing at the sub’s neck whilst the sub holds onto the Dom’s hand. The Dom looks fully sated; the sub, with eyes closed, shackles around his ankles, and a soft smile, looks fully claimed. Both look completely at ease. Tattoos circle the sub’s navel.

This story was written as a part of the M/M Romance Group’s “Love’s Landscapes” event. Group members were asked to write a story prompt inspired by a photo of their choice. Authors of the group selected a photo and prompt that spoke to them and wrote a short story.
END_OF_DOCUMENT_TOKEN_TO_BE_REPLACED

Blurb: When Brandon Kenner shows up at Kasey Ralston’s garage with a 1970 Chevelle SS 454, Kasey is smitten by both the man and his car. Between what Kasey considers a shameful fetish and his long estrangement from his family, Kasey finds it easiest to be alone, even distancing himself from his coworkers. But Brandon doesn’t think Kasey’s fetish is weird. In fact, he likes it.

Kasey doesn’t know how to resist a man as charming as Brandon, and he’s more than willing to be seduced. But what are Brandon’s long-term intentions? Kasey is afraid of hoping for too much, but equally afraid that when all is said and done, Brandon will leave, and Kasey will be left alone once again. END_OF_DOCUMENT_TOKEN_TO_BE_REPLACED 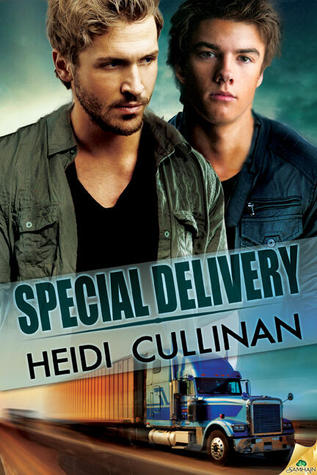 Blurb: Sam Keller knows he’ll never find the excitement he craves in Middleton, Iowa—not while he’s busting his ass in nursing school and paying rent by slaving away in a pharmacy stockroom. Then Sam meets Mitch Tedsoe, an independent, long-haul trucker who makes a delivery to a shop across the alley. Innocent flirting quickly leads to a fling, and when Mitch offers to take him on a road trip west, Sam jumps at the chance for adventure. Mitch is sexy, funny and friendly, but once they embark on their journey, something changes. One minute he’s the star of Sam’s every x-rated fantasy, the next he’s almost too much a perfect gentleman. And when they hit the Las Vegas city limit, Sam has a name to pin on Mitch’s malady: Randy.

For better or for worse, Sam grapples with the meaning of friendship, letting go, growing up—even the meaning of love—because no matter how far he travels, eventually all roads lead home. END_OF_DOCUMENT_TOKEN_TO_BE_REPLACED