Blurb: The Askaran desert can no longer sustain the secret hybrid population of wolves bred from those sent there to die for their crimes. Justice knows the time has come to lead his wolves to a new life, but soon realizes his pack could never be governed by nor swear fealty to the cruel and despotic Alpha of Solonara—Darius—so he hatches a plan to fight and ultimately kill the Alpha, his heir, and take over the territory.

Cashel should not exist. It was unheard of for an Alpha-heir to be born an omega, and Darius has made every day a torment for his son. After spending years failing to breed another heir, and desperate not to have to give his territory away to another pack, he finally turns his attention back to Cashel and a whole new nightmare begins.

Justice’s whole life has been about righting a wrong and delivering the very thing he was named for. Meeting Cashel, and finding out he is his true mate, sends his carefully constructed plans and promises up in flames. When he discovers Darius’s cruelty runs deeper than any of them imagined, he is faced with a last desperate choice between his love for Cashel or his loyalty to his people.
END_OF_DOCUMENT_TOKEN_TO_BE_REPLACED

Blurb:  Some things crumble under pressure. Others are tempered by it instead. For three former soldiers, a tragedy might be the catalyst that binds them together—stronger than ever.

Richard Horn and Timothy Davenport met in the SEALs twenty years ago and have been lovers ever since. Now running their own paramilitary organization, Strike Force Omega, they work in the shadows to protect their country and its people. When Tim falls for Eric Newton, a deadly sniper and strategist on their team, Richard accepts that Tim’s heart is big enough for two men. He respects, admires, and even desires Eric enough to accept him into their relationship—and their bed—but he’s never been fully a part of what Eric and Tim share.

Then Eric is captured by terrorists and Tim is gravely injured in an op gone wrong, bringing Richard’s world crashing down around his ears. Even if he gets his men out alive, Eric must face the aftermath of months of physical and psychological torture—and without Tim to lean on, Eric’s PTSD is tearing him apart. Richard has to figure out the third leg of their triangle fast, or Tim won’t have a life to come back to.
END_OF_DOCUMENT_TOKEN_TO_BE_REPLACED

Posted on January 10, 2017 by thebloggergirls

Blurb: In 2003, journalist Connor Regan marched through London to add his voice to a million others, decrying the imminent invasion of Iraq. Eight months later, his brother, James, was killed in action in Mosul.

Three years on, Connor finds himself bound for Iraq to embed with an elite SAS team. He sets his boots on the ground looking for closure and solace—anything to ease the pain of his brother’s death. Instead he finds Sergeant Nathan Thompson.

Nat Thompson is a veteran commander, hardened by years of combat and haunted by the loss of his best friend. Being lumbered with a civilian is a hassle Nat doesn’t need, and he vows to do nothing more than keep the hapless hack from harm’s way.

But Connor proves far from hapless, and too compelling to ignore for long. He walks straight through the steel wall Nat’s built around his heart, and when their mission puts him in mortal danger, Nat must lay old ghosts to rest and fight to the death for the only man he’s ever truly loved.

END_OF_DOCUMENT_TOKEN_TO_BE_REPLACED 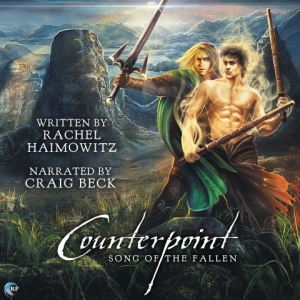 Between prejudice, politics, pride, and survival, Ayden and Freyrik must carve a new path, no matter how daunting. For nothing less than the fate of both their peoples rests on the power of their perseverance—and their love.
END_OF_DOCUMENT_TOKEN_TO_BE_REPLACED

Reviewed by JustJen and Nikyta

Blurb: Exiled by his pack as a teen, Omega wolf Simon Moorehead learns to bury his gentle nature in the interest of survival. When a hulking, rough-faced Alpha catches Simon on pack territory, he tries to escape what he’s sure will be imminent death. But instead of killing him, the Alpha takes Simon home.

A man of action, Mitch Grant uproots his life to support his brother in leading the Blue Mountain pack. Mitch lives on the periphery, quietly protecting everyone, but always alone. A mate is a dream come true for Mitch, and he won’t let little things like Simon’s rejections, attacks, and insults get in their way. With patience, seduction, and genuine care, Mitch will ride out the storm while Simon slays his own ghosts and Mitch’s loneliness.
END_OF_DOCUMENT_TOKEN_TO_BE_REPLACED

Blurb: King Ryneq and his dragon rider consort, Nykin, return to Torsere to defend the kingdom against the lowland armies already camped along Torsere’s borders. Seran wants the dragons, and with a new witch in his ranks, war is inevitable.

With the elves of Hervath now helping them, Ryneq has a chance at holding Seran at bay. But the witch is using old dark magic, and as Nykin and the dragon riders battle her deadly attack, unexpected betrayal forces Ryneq to make a difficult decision.

Faced with the prospect of losing his kingdom, Ryneq gambles on a plan that could ultimately save Torsere, if they can stay alive long enough to see it through. With Ryneq standing against Seran and his witch, time is of the essence, and Nykin must make a sacrifice to end the war. Only then will Ryneq and Nykin be able to start a life together.
END_OF_DOCUMENT_TOKEN_TO_BE_REPLACED