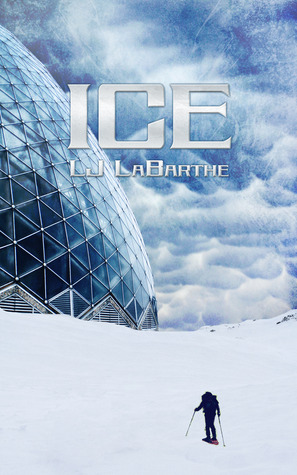 , All Romance eBooks & Barnes and Noble
Add it to your shelf: Goodreads

Blurb: Koby is a graduate student specializing in the cohabitation of dead and living cells in a single body, a course of study that requires he spend two years working in the labs at the parium mines in Antarctica, where he will assist in experiments conducted on the vampire prisoners kept there.

Expecting little more than a tedious assignment, despite the dangers of the environment and the dangerous vampires sentenced to the mines for life, Koby instead discovers a dome of horrors, where the persons in charge cannot be trusted and the greatest victims are the prisoners—and the most incongruous place to discover a new love. If he cannot solve the problems destroying the dome from the inside, the vampires won’t be the only ones to die.

This is a peculiar story about Koby who has been contracted to work in Antarctica as part of his contract for his Doctorate degree. Thinking working in a parium mine will be boring and easy, he’s very unprepared for what it really is: a place where imprisoned vampires mine the parium where no torture is off limits to them. Horrified at what he sees, he and a few of his colleagues, with the help of his friend Ivo, devise a plan to not only free the vampires but take down the very man who approves of such horrors.

There’s a good cast of characters in this one. Our main guy is Koby, who is the scientist on his way to studying the cohabitation of dead and living cells in a single body. He’s eager but nervous and very confused when he meets the criminal, Mircea. Mircea is the old, wise vampire that has made peace with the life he has, although he still wishes to kill the very men who make his life so bad. Other characters include Sophie and Ivo who give Koby the courage to do what he ultimate does and a few other minor characters that make it all happen.

The plot of this story is very intriguing. The fact that vampires are widely known and, more or less, accepted interests me a great deal. How Earth has completely ruined its ozone to the point that only something called parium is able to keep the atmosphere intact, is very intriguing. I liked that the author decided to go with this because it opened the story up to a lot of possibilities and made for some interesting discoveries.

At the same time, while the story had a lot of potential, I don’t think it lived up to it. I loved that it was set in the future but I also felt like I was missing a lot of the background story to completely understand not just the parium was used but the vampires and how they came to be so known. I also felt like a lot of the important parts where skipped over. I would have liked to see exactly how the vampires managed to leave or what Koby had to go through during the two year separation between him and Mircea. As it were, a lot of it is skipped, ignored or told very briefly to the point that it wasn’t very satisfying.

Beyond that, if you’re looking for a romance, this isn’t the right story for you because while there is romantic elements towards the end (the date is very sweet), it doesn’t come into play until literally the end. By that point, I didn’t feel a connection between Koby and Mircea. All I really knew was that there was some bone-deep pull Koby had towards Mircea but did Mircea feel the same? I could never really tell 😦

In the end, I won’t deny that I still liked the story. There was a lot that I felt was missing that made the book feel almost like an outline but I enjoyed this author’s writing and found the world that she managed to create fascinating. I really wished it had been longer so that not only could the events be more detailed but we could actually see the connection and relationship between Koby and Mircea.