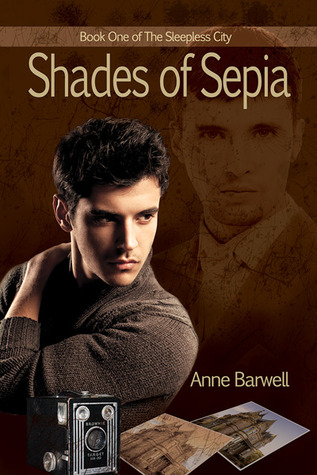 After a close friend falls victim to the killer, Simon is torn between revealing his true nature to Ben, and walking away to avoid the reaction he fears. But with the body count rising and the murders becoming more frequent, either, or both of them, could be the killer’s next target.

Taking his overseas experience in Flint, Ohio, Ben Leyton discovers a whole new world he never knew existed when he meets Simon Hawthorne, who just happens to be a vampire. While the two have just met, the attraction between them is too strong to avoid and even with Simon’s attempts at keeping Ben ignorant of his nature, he can’t help but tell Ben what he really is and just what Ben is to Simon… his soul mate. But things go beyond Simon and Ben when the number of crime scenes featuring dual murders of a vampire and human starts to escalate out of control. But with the clues adding up, Simon can’t help but feel like someone from his past is doing them but that can’t be possible because he’s dead… right?I have to admit, that recap is a little weak on explanations. I didn’t want to get too deep into the story because a lot of what happens makes more sense when you’re reading the book. Either way, it’s a lovely story between a vampire and human. Ben is a cute transplant from New Zealand who’s still getting used to living in America. He’s stubborn but always speaks his mind, no matter what. Simon is very old-fashioned and honestly, a little awkward. He hasn’t had very good luck with love and afraid to pursue it but Ben attracts him like no one else has and he can’t seem to stay away. They’re adorable together and even when Simon over thinks everything, I couldn’t help but have a goofy little smile when they worked out their issues.

While I liked the story, I had several issues with it. Mainly, I found it hard to believe the ‘love’ between Simon and Ben because none of the dates they had were shown, they were all skipped over and the reader is just told that they spoke of so many things… but what things? I would have liked to experience this romance that took place behind doors. Not to mention a few other scenes that were never shown, like how Simon was cured, the time after the incidents, Ben talking to his grandfather, etc. Since all these scenarios were told instead of shown, I found the constant ‘I love yous’ thrown around hard to believe and a little excessive. Beyond that, I felt like the mystery was a little too nicely wrapped up and easily fixed not to mention I found it odd that it was never mentioned how the vampires were murdered. Don’t get me wrong, as a reader I understand that there is still more to the story to come but the way Simon’s ‘blast from the past’ was handled was way to easily done, in my opinion.

Still, with all that, I found I enjoyed the story. While much of the romance is done off page, it still felt like there was a slow build up to Simon and Ben getting together, which I really liked. The characters are also intriguing with Simon being very old-fashioned and Ben more modern. They’re sweet together and I liked that Simon had such issues with revealing his secret to Ben. All in all, a nice story and I’m really looking forward to the sequel and seeing Forge get his own soul mate.