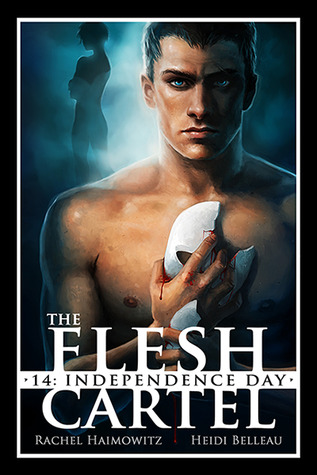 Blurb:  Mat and Douglas’s time as Nikolai’s wards is finally drawing to a close. Though torn apart by Nikolai’s machinations, their fates are still inextricably entwined: they’ve been sold to the same cruel master, and are united in their desire to go home. But “home” means two different things to the brothers: for Mat, their little bungalow in Nevada, and for Douglas, a swift return to Nikolai and Roger, the only people he believes still love him.

But first they must survive their new master. Smythe Hall is a twisted island paradise where Americans affect British accents and slaveboys dress up as slave girls, all at the whims of the rich and megalomaniacal Allen Smythe-Kennedy.

Meanwhile, FBI Special Agent Nate Johnson can’t let the case of the missing brothers lie. He knows it’s a waste of resources to chase ghosts down a cold trail, but after admiring Mathias “Stonewall” Carmichael ringside and at countless afterparties where he was too shy to say hello, he’s determined to solve the mystery and bring Mat and his little brother home.

Ok, when this starts out, I honestly had to check and make sure I opened the right book.  It has a total different feel to it, and then Ty and Zane are there, and I was a little confused.  But I pressed on, and it didn’t take long for things to iron themselves out.

Except then Nate gets a phone call, and my heart skipped a beat.  So, Mat is found, and things go pretty much as expected.  We get a tiny glimpse of what he left behind with Dougie bearing the brunt of Allen’s unhappiness over the unexpected turn of events.  Unfortunately, that’s all we see of him.

The rest of the story is about Mat recovering and Nate having feelings for Mat.  Mat’s foster father and MMA coach are there to help Mat, and I loved seeing how his coach was able to help him.  All of this takes place while they try and come up with a plan to nab the Cartel.  It all boils down to Mat being the best choice, and things look to be pretty exciting when the ball gets rolling.

This was not my favorite of this series, even though it was the least painful for all involved.  It didn’t have near the intensity of some of the others, especially the previous one, though I expect that is natural given the circumstances.  The writing was spot on, flowed well, and the story moved along fairly quickly.  Needless to say, I’m completely hooked on Mat and Doug’s story at this point, and pretty much was from the beginning, so bring on the next installment!