Book Review: An American Lamb in Europe by Rob Colton 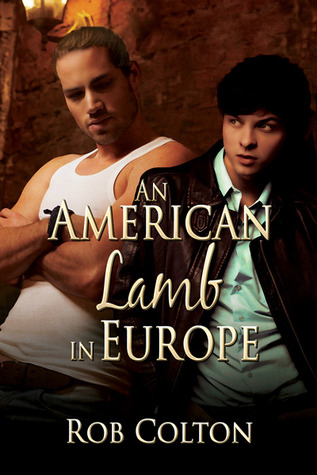 Blurb: Jamie Anderson knows you need to look before you leap, but he forgets it often enough to land in trouble. When his brother and only remaining family member disappears, he doesn’t think twice about quitting his job as a dental hygienist to travel to the Czech Republic to search for him.

Rescued by the sexy, mysterious Tomas in a small city near the German border, Jamie enlists his help in locating Rudy. Soon Jamie realizes the man knows more than he’s sharing. When Jamie demands Tomas tell him the truth, Tomas reveals he’s a vampire. Horrified the man he’s fantasized about is a monster, Jamie struggles with the fact he still needs Tomas’s help to find Rudy.

Jamie never expects their search will land him in the middle of a vampire turf war.

When Jamie gets a letter from his brother, Rudy, that sounds suspiciously like a goodbye, he quits his job and goes searching for him. When he arrives in a small town in Czech Republic, his search for Rudy leads to another dead end until he’s put in a situation that results in him meeting Tomas. Tomas knows something he’s not saying and when he finally reveals to Jamie the life Rudy was in, Jamie is revolted and disgusted. Unfortunately, Jamie’s attraction for Tomas wars with his fear of Tomas being a vampire. If Jamie has any hope of finding Rudy, he needs Tomas’ help but when Jamie’s association with Tomas puts him in the middle of a dangerous turf war, will all his sacrifices be for nothing… or will it finally lead to finding his brother?

The story is very simplistic in that it deals with Jamie’s determination of finding his brother. Even when he’s fearing for his life, he will do whatever it takes to find Rudy. He’s tenacious and stubborn but his lust for Tomas makes him a little bit uncomfortable when he finds out Tomas is a vampire. Tomas is much more than he seems. He’s a vampire who’s very selective of his lovers but he’s immediately drawn to Jamie from the beginning. Readers should be warned that this book is insta-love but I liked that about them because their ‘bonding’ gave them both a jealous and possessive streak (which I love in characters) that I found enjoyable. I also really liked that Jamie had such issues with Tomas’ nature, which caused him to struggle with what his head was telling him to do and what his heart was telling him to do.

My biggest issue with this book, though, was that it lacked any depth to the characters or the world. While we knew a little about the characters, I didn’t feel like there was enough information to make them three dimensional. The same goes for the world. The reader knows there are multiple covens in the area but we don’t know how it all works, the hierarchy, why the Russians wanted to start a war, etc. So, by the end, I was left with a bunch of questions about vampires in general and how that society worked.

In the end, I still really enjoyed this one. I like Rob Colton’s writing and I liked how this dealt with Jamie’s struggle in wanting Tomas but hating what he was. It’s not a story that is filled with uniqueness but I think that readers who enjoy vampires with some romance, some sex and a bit of kidnapping will like it anyway. I’m hoping there’s a sequel because there was an obvious connection between Rudy and Horst that I would love to read about, as well as, getting to see Tomas and Jamie in their new lives.