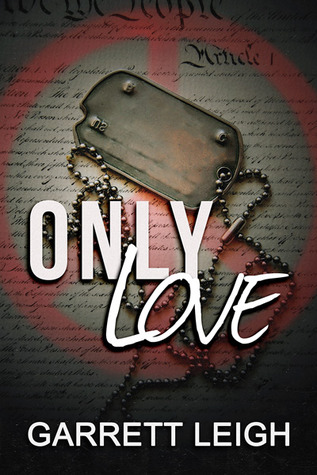 Blurb: The diagnosis of a chronic stomach condition leaves thirty-two-year-old Sergeant Jed Cooper with little choice but to call time on his Army career. Then on the dusty streets of Kirkuk, an ambush gone tragically wrong decimates his team, and he returns to the US with a shattered leg and the memory of his best friend dying in his arms.

Life in his sleepy hometown proves intolerable until he finds solace in a lakeside cabin with vivacious young carpenter, Max O’Dair. In the shadow of the epilepsy that periodically plagues Max, he and Jed form an unspoken bond. After a late night episode, Jed realizes how much Max means to him, and life has taught him not to waste time.

But the lines between contentment and complacency are blurred. Things left hidden resurface to tear through their world, and before they can repair the damage, death comes to call again. Faces, past and present, rally around them to weather the storm, but before long, they are left with only love.

Wow, so much to love about this one. I so love damaged characters, and, in this case, each of these guys have enough issues to really hit my buttons.

First, we have Jed, who is dealing with recovering from injuries sustained in the military and all he has seen and done in that capacity. He is returning to a home he walked away from that was less than stellar to begin with. He starts off by staying with his brother and his family which consists of a wife and two sweet little girls. Unfortunately, Jed’s brother, Nick, has some issues of his own, the main one being alcoholism. Before long, Jed moves out to a remote lake house to stay with Nick’s wife’s brother, Max.

Max is a total sweetheart. He is epileptic and survives with the help of his amazing service dog, Flo, who watches Max for any signs of stress and alerts accordingly. He’s unsure of the stand-offish Jed at first, but they quickly understand each other and just naturally end up being what the other needs. They embark on quite a unique relationship that pretty much puts sex on the back burner, although they do have a few encounters. Mostly, they are emotional and supportive, and it was a joy to watch their relationship and feelings grow.

On top of Jed’s outward physical issues, he is also suffering from an extremely debilitating incurable stomach disease that causes him a lot of pain. He often can’t eat, or if he does, he has trouble keeping things down. Unfortunately, Max is unaware of this problem until it is almost too late. While Jed has been sort of keeping this from Max (although it is more that he is used to hiding it), Max has a secret of his own that puts a bit of a twist on things.

There are quite a few interesting characters here, not including the fabulous Flo, who I would have loved to have read more about. There are huge issues between Jed and Nick which I really wished had been fleshed out a bit more. I loved Jed’s bff, Dan, who always seemed to know when to push. The same can be said for Jed’s military buddies and his therapist, Carla.

I loved that Jed had more than the normal PTSD issues we would expect from ex-military guys returning from combat. Jed seemed to be doing ok mentally as far as this was concerned, but then, he had enough other problems to keep his mind busy. There are quite a few flashbacks, which I’m not overly fond of, but I believe were somewhat necessary to really tell this story. Garrett Leigh remains one of my auto-reads, and I look forward to whatever is coming next.

One thought on “Book Review: Only Love by Garrett Leigh”