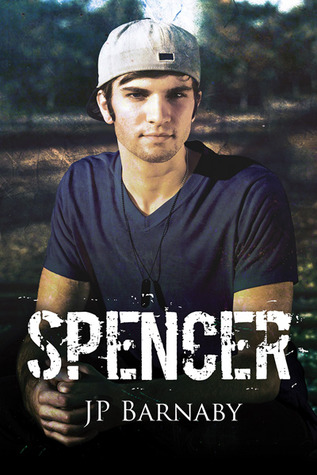 Blurb: It’s been nearly five years since Aaron woke up in the hospital so broken, he couldn’t stand the sight of his own face. The flashbacks no longer dominate his life, but he’s still unable to find intimacy with his lover, Spencer Thomas. With time, patience, and the support of his family, his therapist, and his loving partner, Aaron has figured out how to live again. The problem is, Spencer hasn’t. His life has been on hold as he waits for the day he and Aaron can have a normal relationship. Hoping to move things forward for them both, he takes a job as a programmer in downtown Chicago, leaving Aaron alone.

Reeling in the wake of Spencer’s absence, Aaron receives another shock when his attackers are caught.

Now, he must testify and verbalize his worst nightmare. Publicly reliving his trauma without Spencer at his side destroys his precarious control. But he finds someone who can understand and empathize in Jordan, who watched his brother cut down in a school shooting. With Spencer gone and the DA knocking at his door, Aaron seeks solace in Jordan, and Spencer will have to risk everything to hold on to Aaron’s love.

It’s been a long time since I’ve read book #1, “Aaron”, and I thought I might need a little refresher. I was wrong. It took absolutely no time at all to fall right back into this story, this continuation of the love blooming everyday between Aaron and Spencer; and the extreme drama that encircles and dictates their lives.

Even though this is book #3 in the Survivor Series, it is actually more of a sequel to “Aaron” and thus you can easily read both “Aaron” and “Spencer” without reading book #2. HOWEVER, you absolutely must read “Aaron” first. “Spencer” is not a stand alone.

Aaron and Spencer both broke my heart in “Aaron” and then cracked it open again in “Spencer”. These very young guys are two of the strongest men I know. To be able to not only handle such extreme drama, extreme mental psychosis, and still love each other unconditionally, even without much of a sex life, for the last three years, is amazing. They amaze me and this book is amazing. So much so I recommend it to everyone. Why wait until the end of my review to say I recommend it? I recommend it now.

Aaron and Spencer try so hard to be a normal couple. Spencer has the patience of a saint and slowly but surely, Aaron is dropping the shield he has completely cocooned himself within. He still covers his scarred body, head to toe, from the rest of the world, but he has let Spencer in…for the most part. Spencer doesn’t see the scars, he just sees the man he has loved from the beginning.

Aaron and Spencer are now three years into their relationship and Spencer is ready to graduate college. Not Aaron. He can still only handle crowds in very small doses and so he will not be graduating with Spencer. Therein begins the next big molehill that our boys will have to overcome. Spencer is offered a job, and a ton of money, but it’s too far away to commute. And though Aaron was invited too, Aaron won’t leave the security of his family’s home. Spencer is planning for their future and accepts, but Aaron sees this as the first step of Spencer pulling away.

Of course, as soon as Spencer moves away, Aaron is stunned by a visit from the police; the men who abducted, tortured, and raped him, and murdered Juliette have been caught…and he will have to testify. The leaps and bounds in strides that he has overcome in his road to recovering some semblance of a life are threatened and Aaron is not sure he will be able to survive this turn of events. Spencer is horrified and deeply saddened that Aaron is not allowing him in, allowing Spencer to be the supportive boyfriend that he’s strived to be for the last three years. But, Spencer is a saint, as I’ve said above, and he does not give up and grudgingly gives Aaron what he needs without giving Aaron up.

I love Spencer. I want to learn sign language because of Spencer. I want to have a Spencer in my life. Spencer is the reason that Aaron will survive his ordeal and come out of this five year horrendous drama with all the power returned to him that those evil men had stolen. Spencer is the epitome of a noble and honest man. No matter what road blocks creep up or what pothole he steps in along the way, his intentions are always pure and his goal in life is to create a decent life for him and Aaron. They still have a ways to go, but they are well on their way to achieving that goal, together.

A big surprise occurred towards the end of the book when Aaron meets Zach Tyler from Rowan Speedwell’s novel, Finding Zach. The Zach and Aaron interaction was the first time I got teary eyed. I was so surprisingly happy to see Zach again, and that he was able to help Aaron was just the icing on the cake. It was simply perfect and loved that scene.

So, yeah, I loved this book. It was amazing, it was brutal, it was sad, and it was heartbreaking. But it was also uplifting, it was courageous, it was a story of perseverance and hope, and it is one of the most amazingly beautiful stories of survival I’ve ever read.