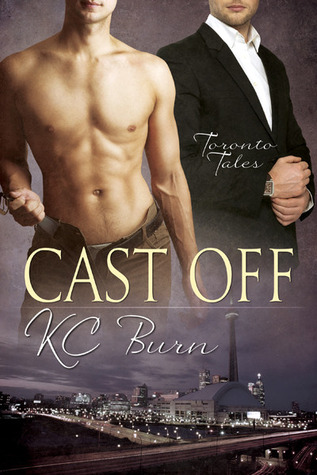 Blurb: Thirty-five-year-old Rick Haviland is a well-respected speech pathologist, but while his friends are all settling into relationships, he refuses to give up his no-strings-attached club boy sex life. For him, relationships are dangerous; he’s got a secret to hide. When he meets Ian O’Donnell, an account manager with a local tabloid, Rick figures his personal rules for relationships should be enough to keep him safe from more than a one-night stand.

When Ian comes out of the closet, tired of anonymous hook-ups and keeping secrets from his large Catholic family, Rick is right there, and he’s just the sort of man Ian might like to get to know better. Their attraction is immediate, electric and mutual. Ian convinces Rick to break more and more of his rules, and his defenses crumble. But someone watches, someone who’d like to see this new relationship fail. When Ian’s job becomes a means to expose Rick’s secret, it could destroy both their careers and their hearts.

I’ve been wanting to read this one for a while, since I really enjoyed the first two books in this series and remember seeing these guys make appearances throughout them.

Rick has not been my favorite character thus far. He seems a bit flighty and out there, but we learn there is so much more to him and the reasons for him being the way he is. Basically, he has put rules in place for himself where relationships are concerned, all of which are geared toward him not actually having one. He allows himself to have f-buddies, but as soon as he feels them wanting more, he moves on. Then, he meets Kurt’s brother, Ian.

Ian has had some issues as well mostly due to his own coming out after the big way Kurt made his own happen. Now that he has though, he’s looking for something more than the one nighters and meaningless hookups he’s allowed himself thus far. He wants that with Rick but it is quite a challenge to overcome Rick’s skittishness about the whole deal. Ian is strong and patient though, and just perfect for Rick.

They go round and round a bit, and there are some stalker issues they must deal with as well, all somewhat connected to Rick’s past. This story moved along nicely though, even if some of the situations were maybe a bit annoying or unbelievable. It was difficult to not feel for Rick after hearing about his past, and I warmed up to him much more after that. I loved watching him learn to trust Ian and come out of his shell.

Ian’s family is fantastic and supportive, and there were many really sweet moments with them involved.

I’m not sure if this is the end of the Toronto Tales or not, but I’d definitely be up for another story if one comes about. I loved Rick’s bff, Jon, so I’m hoping there’s a story for him.