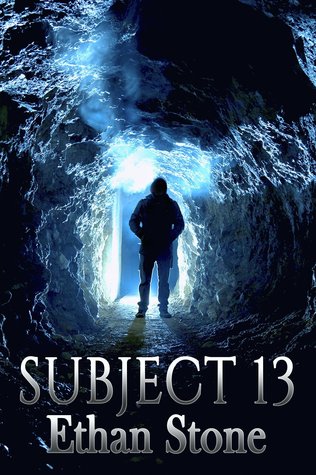 Blurb: Luke Kincaid’s life is exploding all around him. First his lover leaves him to marry a woman, then childhood nightmares return with a vengeance. He finds comfort in his renewed friendship with high school buddy Ben Skinner. Luke works on rebuilding his life but repressed memories threaten everything. Luke and Ben investigate his past while Luke fights his attraction to Ben, who he believes is straight.

But someone doesn’t want them to discover the truth and Luke’s life is in jeopardy. Luke can’t stop his search—not even when he finds out it is connected to a government cover up. Luke and Ben must uncover the secrets of Luke’s past as well as deal with their true feelings for each other.

Second Edition: This book has been extensively re-edited with several changes to the plot.

I really enjoyed the feel of this story.  The main theme here is the mystery, with the actual relationship taking kind of a back seat.  At the center of it all is Luke, who, after a failed attempt to win back his “boyfriend” from marrying a woman, ends up finding love with his childhood best friend, Ben.  Ben, all along, has claimed he is straight, but had really only been suppressing feelings for Luke.  Almost all of the characters involved here are connected to Luke in one way or another.

Going back to the mystery, we are told little bits at the beginning of each chapter through short notes on the status of the mysterious project and the 13 subjects.  I loved these little tidbits into the madman’s mind.  Some of the subjects have died, some were eliminated, some are missing, etc.  Luke had a very strange childhood, in that he was found in the dessert and then adopted.  But, he is beginning to remember things, having flashes of memories, as well as dreams/nightmares he hasn’t had since he was young.  When various people begin asking odd questions, Luke decides he needs to find out the truth, and Ben is right by his side through it all.

This reminded me a tiny bit of a cross between a John Saul or Dean Koontz book and the movie Conspiracy Theory.  With the whole “Area 51” feel, you’re not entirely sure what really happened there, and even though the sex scenes were hot, and the romance good, I found myself almost wanting to skim those parts just to get to the bottom of all the secrets.  There are still a lot of questions or what ifs left at the end, such as Luke’s health.  Will he contract the same health issues as the other subjects?  And, just when you think most everything is solved, and those behind the project are in custody, there is the epilogue, which throws a whole other wrench into things.  I really hope there is another story brewing about this, because I am definitely interested in learning more.

One thought on “Book Review: Subject 13 by Ethan Stone”