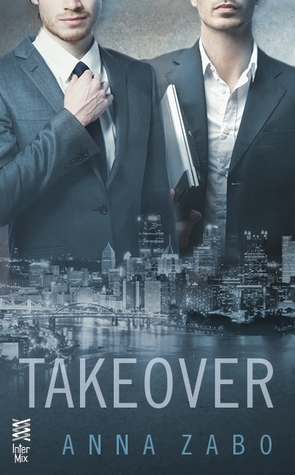 Blurb:  Michael Sebastian thought Curacao would be the perfect place to have a little fun in the sun—and between the sheets. So far, no one has struck his interest, until Sam Anderson walks into the bar. With one look at his tense body and expensive suit, Michael knows that this is a man in need of release. And Michael is more than willing to lend a hand.

Shattered by the most intense sex he’s ever had, Sam has to face the facts—one night with a handsome, dominating stranger is all he gets before returning to the closet he’s been suffocating in for years. But when Sam starts his new job as the CEO of a failing technology company, he discovers that Michael is one of his new employees.

While Michael is desperate for another night with Sam, he knows he shouldn’t get involved with his boss, let alone another man who can’t accept who he is. But as they’re forced to work together to save the company, the desire sparking between them becomes impossible to ignore…

Review: Wow, this starts out strong. These guys meet for a hook up on vacation, and boy are they hot. Sam takes the opportunity to let himself go, something he rarely does given the fact that he is completely in the closet at home. Michael is just the man for the job, after all, it’s only for one night.

Unfortunately, or fortunately, that one night stand comes back to haunt them when Sam is brought in to oversee the takeover of Michael’s company, or what should have been Michael’s company, had things not gone badly with the relationship he had with the two other founders. Anyhoo, these two try to remain professional, but Sam cannot resist the things that only Micheal has been able to make him feel.  Michael is able to bring out the best in Sam and give him a chance to really let go.

The main issue I had here was the constant reminding of how in the closet Sam was and how ashamed he was about it, etc.   He blamed his fears on his career and a bad experience when he was younger.  These were understandable but didn’t need reminding as often as they did.  Adding to that is Michael’s constant reminding of how he has no intention of over getting involved with another closet case, yet he still moves forward with Sam not knowing he will come out or not. I understand each of their issues, but it got tiresome hearing about them over and over.

Some of the office stuff slowed things down a little, but the scenes of these two in D/S mode were scorching and easily made up for it.  I wished  that had been developed a little more.  In that sense, these guys were perfect together.  They make some decisions once they realize what’s important and that they want to give their relationship a go.  After a few bumps, they work things out with the company and their careers.

This was an easy smexy read that I found quite enjoyable, despite the issues mentioned above.  It looks like Sam and Michael make appearances in the next book, and I’ll be happy to see how they’re making out, and I’ll definitely be signing up to read that one.

Overall Impression:  I liked it!

One thought on “Book Review: Takeover by Anna Zabo”