Posted on August 22, 2014 by thebloggergirls 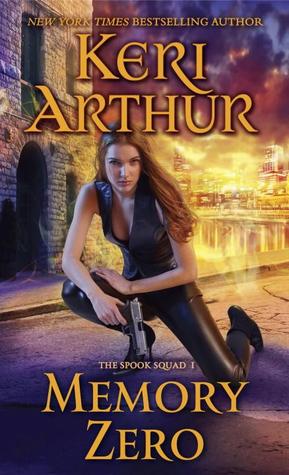 For Sam Ryan, life began at age fourteen. She has no memory of her parents or her childhood. In a decade of service with the State Police, Sam has exhausted the resources of the force searching for clues to her identity. But all mention of her family seems to have been deliberately wiped off the record. Everything changes the night Sam’s missing partner resurfaces as a vampire . . . and forces her to kill him in self-defense. Now Sam is charged with murder. Suspended from the force, and with no one left to trust, Sam accepts some unexpected help from Gabriel Stern, a shapeshifter who conceals startling secrets.

While investigating the circumstances surrounding her partner’s strange behavior, Sam discovers that Gabriel’s been involved with a dangerous organization that’s planning a war on the human race. More immediate, someone is guarding the truth about Sam’s past—someone who’d rather see her dead than risk her knowing too much. To stay alive, Sam must unravel the threads of her past—and find out not only who she is but what she is.

Memory Zero was first released in paperback in 2004. I honestly don’t know if this re-issue undergoes some re-editing or additional words. Since I never read the original release, I will treat this as a new book.

The story went straight into action – Sam was called by his missing partner of five years only to find out that it was a trap; that her partner was no longer human, and she was forced to kill him. Then the action just kept going, with Sam being targeted by some bad guys and she must work with Gabriel Stern, the assistant director of the Spook Squad, to stop the plan of war against the human race.

On one hand, the story was fast paced. Our characters didn’t exactly have time to relax because the bad guys seemed to be able to find them quickly. There were guns blazing and places being blown up. There were twists with shapeshifters taking the form of other people – which kept me guessing on who was who – and still an unanswered plan about what Sam was truly capable of.

On the other hand … man, I wish there was more background information about the world building! Finishing this book, I still didn’t fully grasp what actually happened when it came to an interspecies War, the reason for the two organizations (Sethanon vs. Federation), the history of Sam, why Jack was being recruited by Sethanon, and the actual history of Spook Squad (and there wasn’t a lot mentioned about the term “Spook Squad” here, SIU was more used). Also, did Gabriel used to have a female mate or something? So many things here were left in the mind of the author; they were written like it was assumed readers would understand it by reading between the lines. Well, this reader didn’t understand…

I know that the book was the start of a trilogy, which was why maybe most of the information was not completely revealed. However, it did lessen my enjoyment in reading this. So in the end, while it was a good start, I’m not really sure if I want to jump immediately for the sequel when it is released. I just don’t feel like I have enough connection with both Sam and Gabriel to find out what will happen to the both of them.