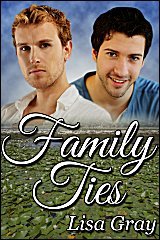 Blurb: Danny Carmody has lived life privileged but lonely. He has always sacrificed his own needs to meet the demands of his family. Now he is faced with an arranged marriage intended to reunite the Carmodys and the Dwyers, the city’s two most powerful families. Out of his sense of duty, he agrees. But always a romantic at heart, he secretly nurtures hopes of finding love within this sterile business arrangement. Once he meets his intended groom, Evan — a talented, attractive architect — those hopes soar.

Evan Dwyer has grown up reviled by his family. Before he was even born, his mother was blamed for breaking up a planned marriage between the Carmodys and the Dwyers. As a result, both Evan and his mother have lived their lives in virtual exile. But now he has suddenly been deemed of use to the families, and they are blackmailing him into participating in the arranged marriage.

Furious, he reaches out to the FBI for help and finds only more complications. Too many people want to use him to advance their own agendas. By the time Evan realizes Danny might just be the safe harbor he’s looked for all his life, it may well be too late. Evan has set in motion forces that threaten to destroy any hope they have for a future together.(

This was such a strong, well-rounded, and complete story. From start to finish, the author created a world that is believable and intense. A world where the rich manipulate others and use their money to get what they want without a second thought on who gets hurt or stepped on in the process…even if it’s a member of the family. One wonders how the uber-rich lives from time to time, but if this is the case, then I will remain in my happy little middle-class life.

Evan is the rejected grandson of the wealthy Dwyer clan leader, Colin. Danny is the son of the wealthy Carmody matriarch, Nessa. These two snakes use their young to try and create a superpower. You feel for both guys, because neither is given a choice in how their lives are to be played out, and yet you want to smack them for not waking up, standing up for themselves, and walking away. Danny is like royalty; he was raised to do whatever he had to for the good of the family. Since Evan was rejected, he is blackmailed instead.

This entire story was predictable until it wasn’t. You think you know what’s happening, and where it’s leading, but you really don’t. The twists and unexpected turns kept me reading when I really should have been in bed with the lights out. Someone I hated turned out to be good, and so after that I stopped trying to guess what was going to happen next and just let it flow.

In the midst of the rich acting horribly, you also have the growing attraction and love affair between Danny and Evan. These two are super romantic in a world that is full of darkness. You wonder how they can possibly pull off the impossible, but they do. They get the last laugh, they get the happily every after, and the “families” get what they deserve…just not what you expected.