Posted on November 11, 2014 by thebloggergirls 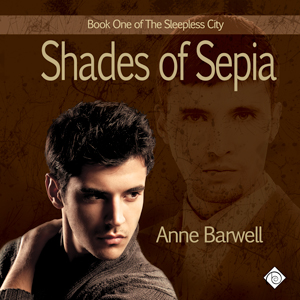 After a close friend falls victim to the killer, Simon is torn between revealing his true nature to Ben, and walking away to avoid the reaction he fears. But with the body count rising and the murders becoming more frequent, either, or both of them, could be the killer’s next target.

Review – Book: Ben is a foreign student studying in America from New Zealand. He’s a photographer and he loves to spend hours out and about taking photos of everything and anything. One day he sees a man who catches his eye, and after seeing him several times in a row, decides to approach him.

Simon is a vampire, over a hundred years old, who sees Ben and identifies him as his potential soul mate. He doesn’t immediately try to approach Ben, but lets Ben come to him. Though Simon is lonely and happy for a chance at a life-companion, there is much in his past to suggest Ben might be better off without Simon.

Eventually, the two do meet, and neither can stop their attraction from blossoming into a relationship and then love. Simon must come clean and confess what he is and Ben has to accept the monster that lives inside Simon.

In the meantime, Flint, their little town, is being subjected to a string of serial murders involving both humans and vampires. Together, Simon, Ben and three of Simon’s paranormal friends, work to solve the murders while keeping everyone they know as safe as possible.
It all culminates when someone from Simon’s past re-surfaces, trying to take Ben out of the picture.

Simon has to overcome his deadly addictions to save Ben, and Ben has to trust that Simon is more than a victim of his desires.

This is a unique take on the vampire theme. There is a lot of the typical lore, but some parts are newly constructed. The soul-mate connection between Simon and Ben isn’t a foregone conclusion and there are some very good reasons why it shouldn’t happen at all.

I really liked the fact that the couple worked toward a relationship slowly, and though some of the tension was immediately relieved by Simon’s confession, the bulk of the tension held through the end, and even remained (to a certain extent) past the ending. Unlike a lot of paranormal/vampire stories, mortality isn’t all it’s cracked up to be, and though my romantic heart would hope the two bond to one another for eternity, it may not happen and there is good reasoning behind that.

The smexy scenes were good, and they got better as the couple got to know one another, and the romance was sweet and tender.

I enjoyed the writing style very much and thought it was a refreshing.

Review – Audio: Michael Ferralulo is a new narrator to me, but I thought he did a good job. He tried to alter the voices so that each sounded unique, and I could easily differentiate who was speaking based on his voice modulation alone. One big complaint I had was Ben. Ben was from New Zealand, used New Zealand vernacular, and was only studying in America a short time, but Michael gave him a flat American accent. Simon is British and has a lovely British accent. It would have felt more authentic if Ben had an accent.

Overall, he did a solid job and I would listen to another narration by him in the future.

I give this narration a 3 of 5 stars.

2 thoughts on “Audio Review: Shades of Sepia by Anne Barwell”