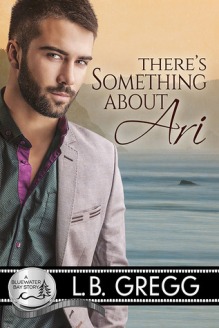 ADHD poster-child Ari Valentine left for Hollywood and lost everything, including his bad reputation. Then the breakthrough role of his skyrocketing career lands him back in Bluewater Bay, to the stunned disbelief of, well, everyone. But there’s only one person Ari longs to impress—the only person who ever really mattered to him, the person he left behind: Buck Ellis.

Five years ago, Buck’s mother died and his best friend, Ari, left without saying goodbye. Since then, Buck’s life has revolved around his brother, keeping a roof over their heads and food on the table. When someone moves in next door, Buck doesn’t think much about it except for wondering why someone would want such a crappy house. Until he sees it’s Ari whose moved back to town. Buck’s beyond flabbergasted on why Ari would move back (right next door!) and doesn’t want to let the man get under his skin again. But Ari came back for a reason and it’s not just for a TV show. He’ll do anything to have Buck as more than a friend but with Buck’s natural stubbornness, will he be able to finally have the man he wants?

This was such a sweet read. I loved that Ari and Buck were great friends when they were younger even though they were such opposites. Now, after all these years, they’ve changed (for the most part). Before Ari was an over-energetic, trouble making kid and now he’s a confident, responsible adult. Buck went from a promising life as a writer to giving up his dreams and staying in Bluewater Bay taking care of his brother. As characters, I loved that Buck tried so hard to resist Ari’s charms but I also loved that Ari was so happy and determined to win Buck over. They’re adorable together and the fact that they are so completely different just made it even better.

I really enjoyed this one but I desperately wished it had been longer. I would have loved to see more of Buck and Ari after Buck finally pulls his head out of his ass. Plus, I want more of Ari! He’s so adorable, I could have read another 100 pages of him!

In the end, this was a great little novella. I absolutely adored Ari and his exuberant ways but I also loved that Buck tried so hard to be indifferent to Ari and his ways. I would have loved for it to be longer but this one was still an enjoyable read that had me smiling at the end. I hope Ms. Gregg decides to write a sequel because I really want more of Ari and Buck!